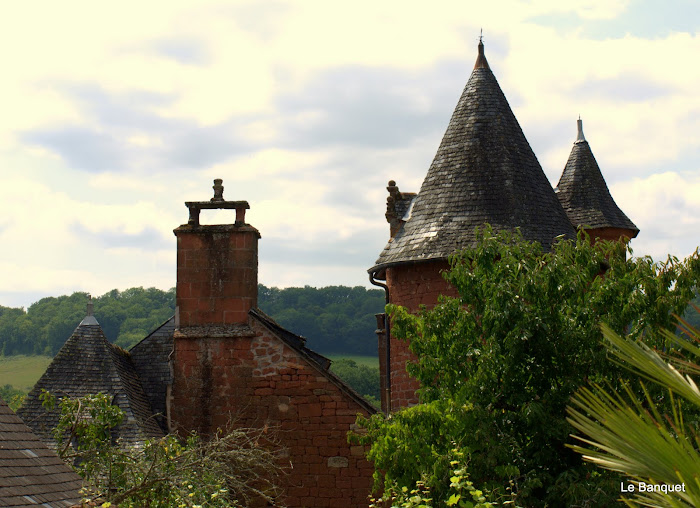 There's a vein of red sandstone that runs deep at the borders of the Dordogne, Correze and the Lot. Villages were built from it. Very beautiful villages too, of which Collonges la Rouge is the most. 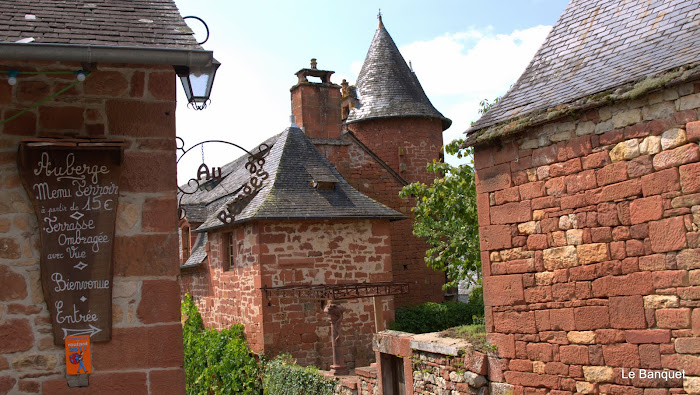 With a history dating back to the eighth century, the early twentieth saw the formation of the association Les Amis de Collonges, "friends of Collonges" who obtained a historical monument classification for the entire village in 1942. By the way, if you reside in town, you are known as a Collongeois. 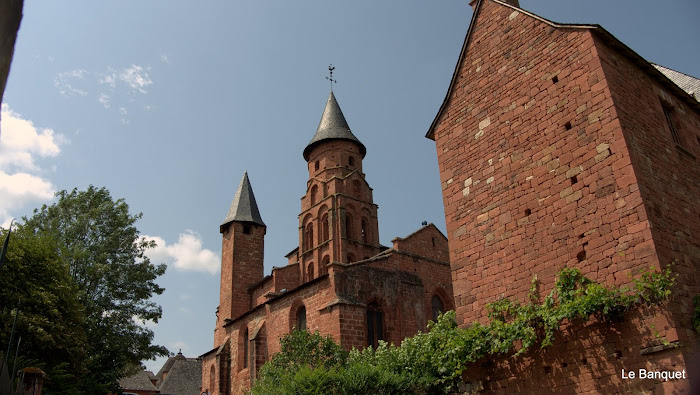 Listed as one of the Plus Beau Villages de France, It was the Mayor of Collonges, Charles Ceyrac who founded the association back in 1982, so the red village was in fact the first commune to be designated as such. The rest is history as they say. 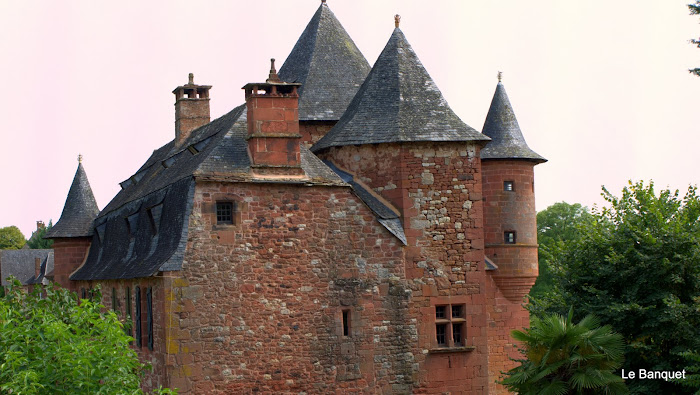 The architecture is stunning, the atmosphere wonderful. 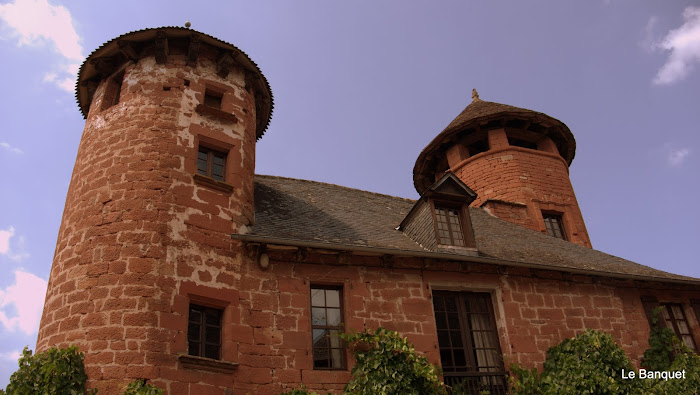 Turrets and towers, the stuff of fairytales. 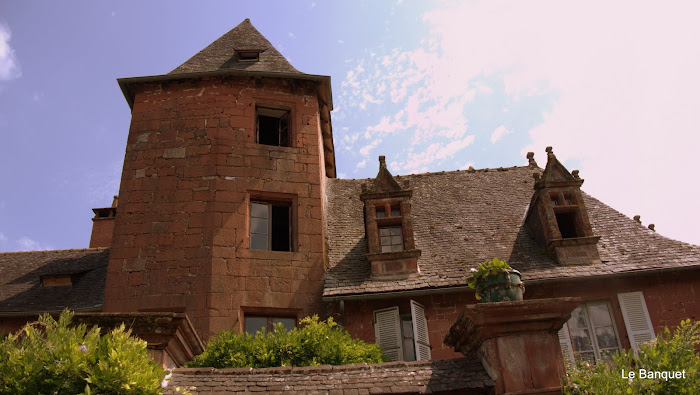 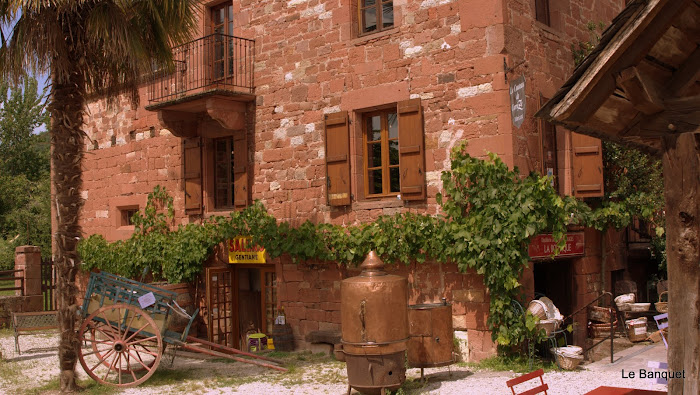 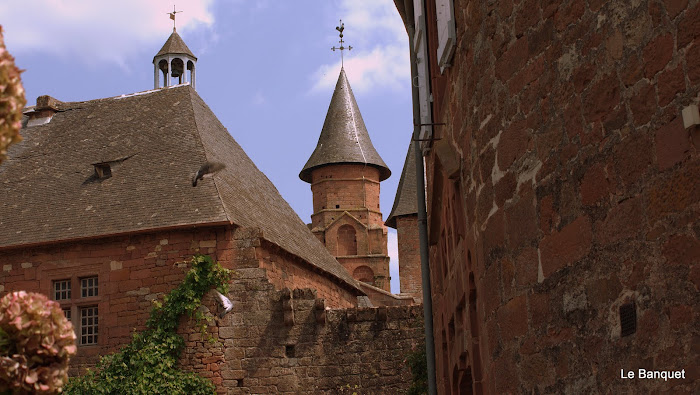 And everthing is red. 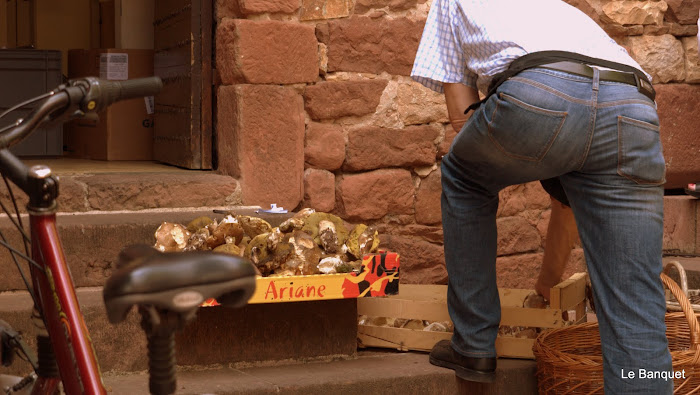 Finally, this guy isn't trying to enter "rear of the year", he's sorting through crates of Cepes, that much sought after boletus, foraged first thing that morning.