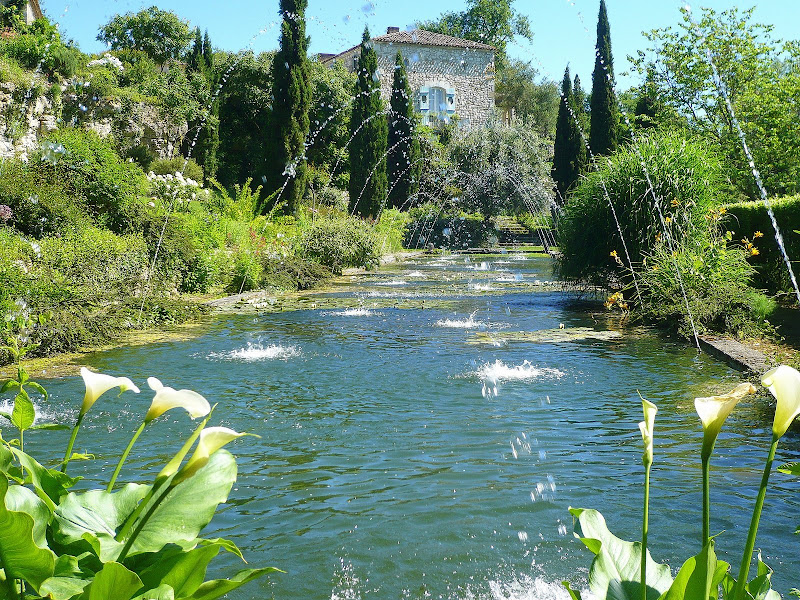 I've been meaning to visit the garden at Sardy for some time now. Why did I leave it so long?

Situated at the western edge of the Dordogne near Castillon-la-Bataille, in the heart of wine country, the present garden created in the 1950's was the life work of English couple Betty and Bernie Imbs.

Whilst the foundations of the domaine actually date back to the middle ages, the winery and pigeon house were constructed in the mid 1600's and finally the main house and long canal were built around 1750. However, it was the Imbs who together with an architect, Louis Aublet and garden designer, Jacques Desmartis that created a small but perfectly formed Italianate paradise with twists of English romantic charm in the heart of south west France. 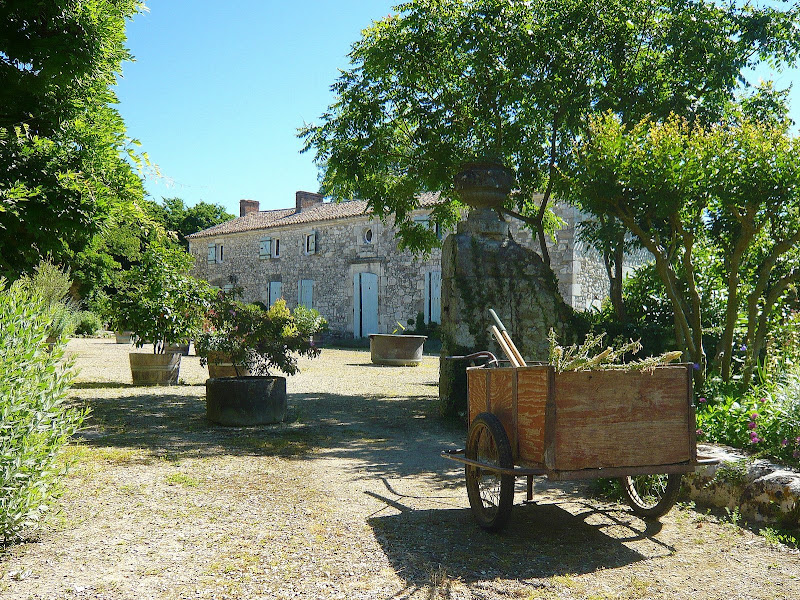 Rather than bore you with an exhaustive plant list, suffice to say that prostrate Juniper, Provence Cypress and Olive gave structure to the garden. Self seeding Valerian, Erigeron and Euphorbia softened the edges. Silver and glaucous foliage provided the background for the muted tones of pink, mauves and blue, plus there was the best little wheelbarrow I've seen. So good I shot it twice. 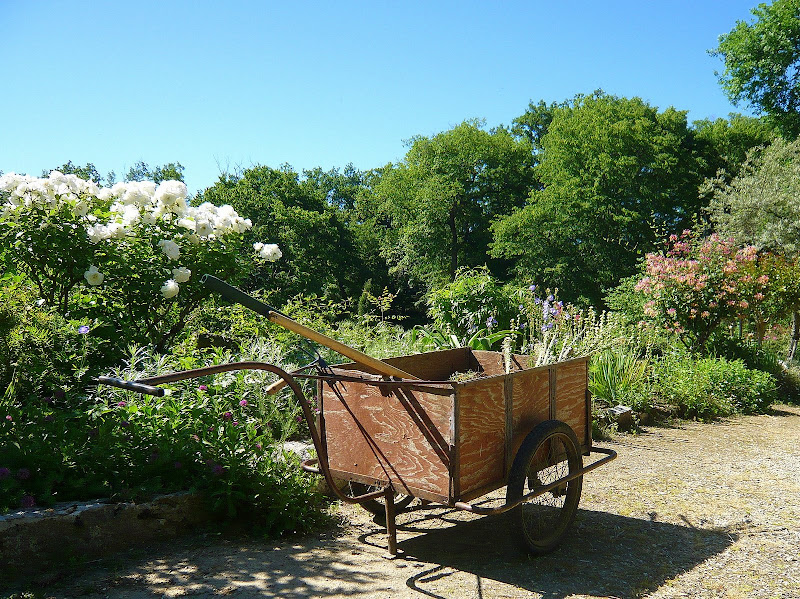 Of the many roses growing at Sardy, I was particulary taken with Pierre de Ronsard. There's something about this rose that just suits France. 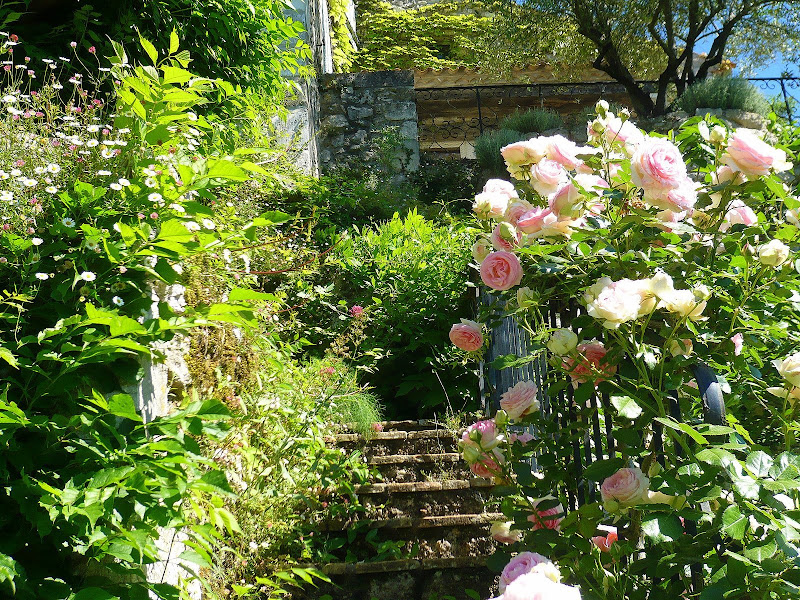 Here's another view of it growing through the railings above the old cellar entrance. 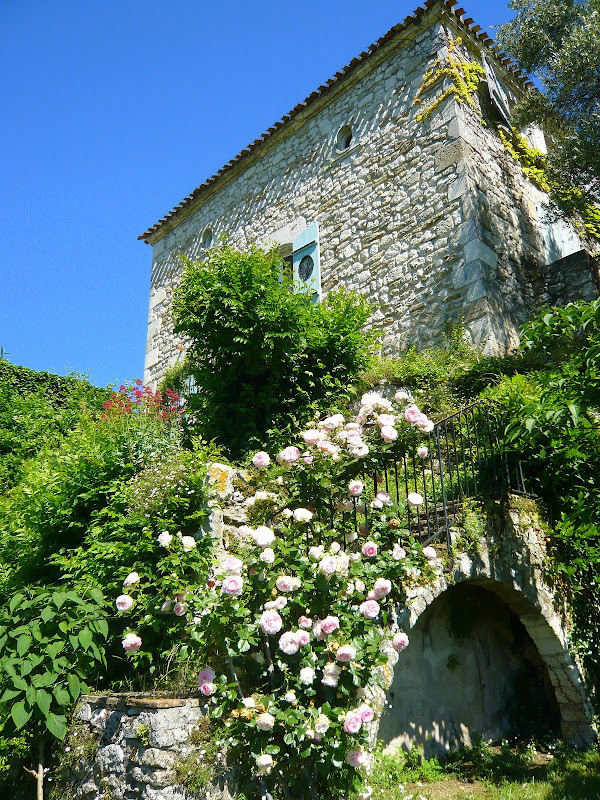 A rose I've not encountered before, 'Mermaid' really made an impression. I'd decided that I was 'off' yellow roses and that any potential new purchases will be pink or cream, you know, rose coloured. Mermaid put paid to that. She is simply the best yellow rose I've seen and appreciative my photo doesn't do it justice you'll just have to trust me on this one. The big blooms with no more than five petals together with the dark saffron stamens (do they call that a central boss?) made this a real wow. It's on my list. 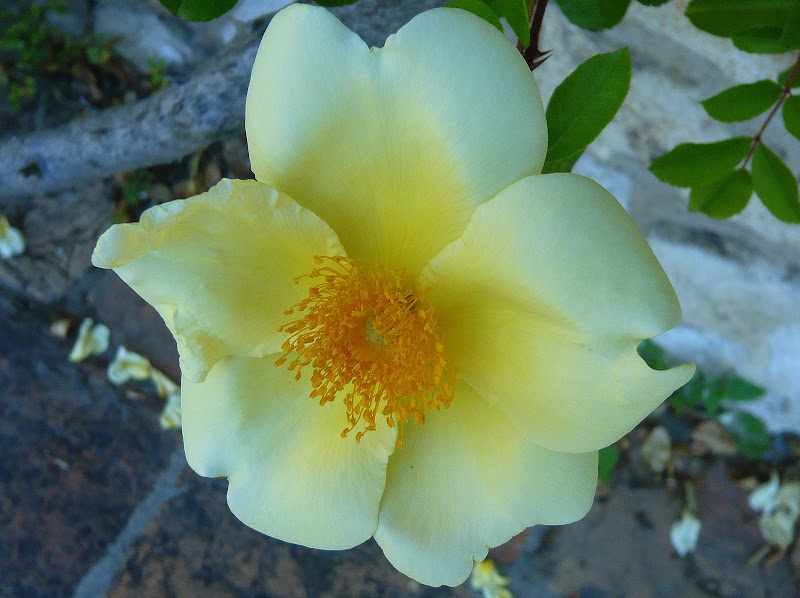 I'll visit Sardy again. I sat looking at that water feature (top photo) for a good half hour in the 30 degree heat. Some gardens really just take you away.
sardy