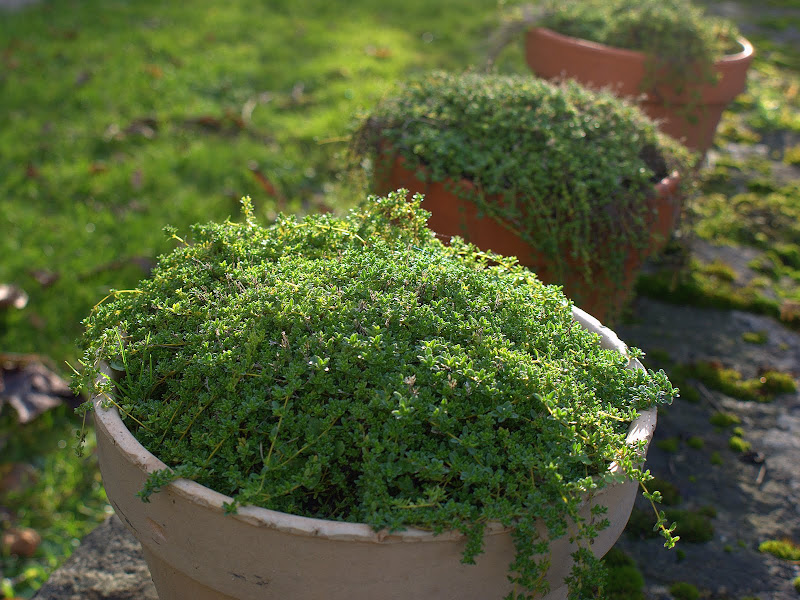 There's practically no colour left in the garden, none at all. Three or four nights of killing frost back in October put paid to that and it seems slightly strange in this unseasonably warm November weather that the only thing blooming is some herb Robert (Geranium robertianum) down near the river.

Well at least there's always green. Above are little pots of creeping thyme, (Thymus Preacox) 'Snowdrift'. Of little culinary significance these are not a chefs choice but come spring the new growth will spill over the sides and they'll just burst with hundreds of tiny white flowers. 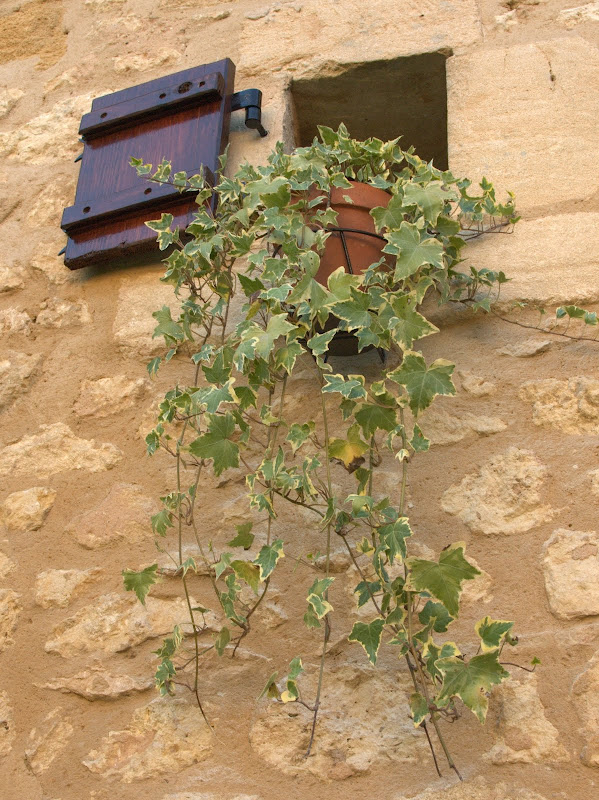 I think Ivy is underrated. I know it has the ability to aim for world domination when left unchecked but who can blame it for having ambition. 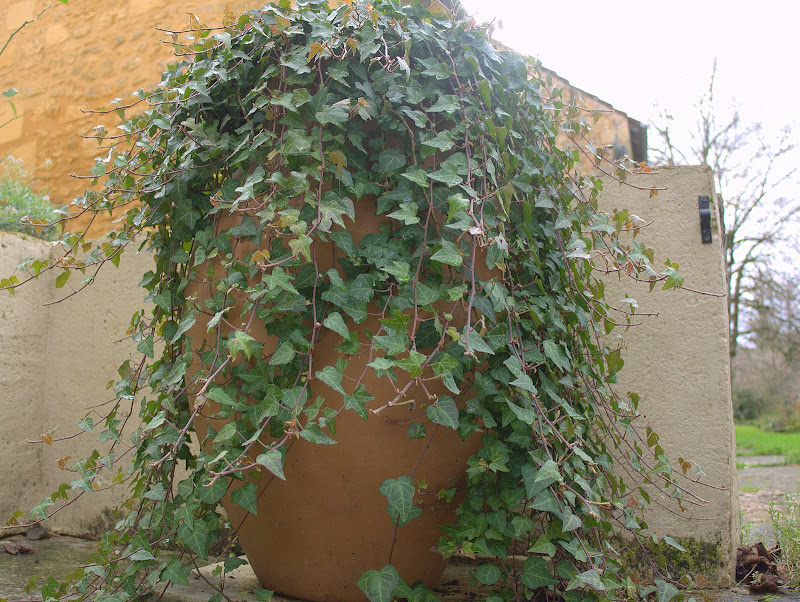 These triple balls of Leylandii hold their own throughout the winter. During the summer, self seeding Himalayan balsam, Impatiens balfourii spring up in the cracks along the wall. Their wild habit looks great with the formal topiary and although they're another 'ambitious' plant, it's simple enough to weed out the extras. 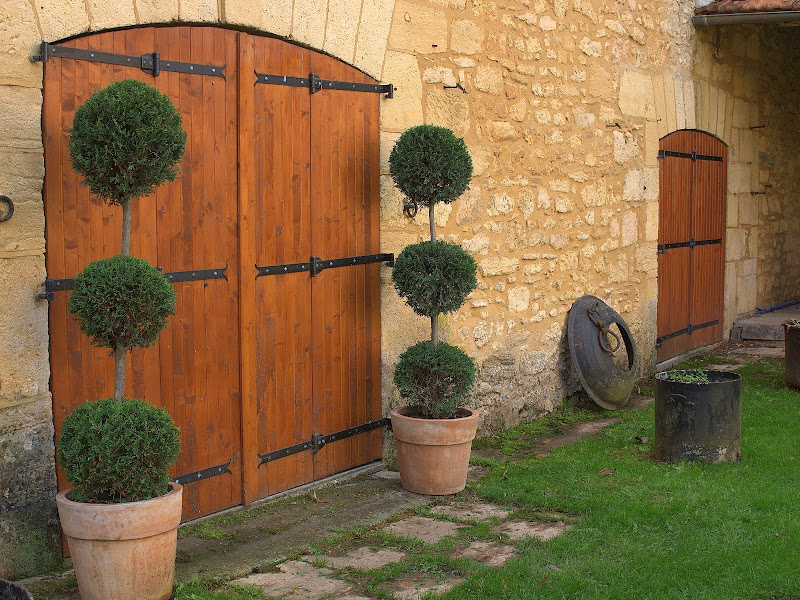 Asplenium trichomanes, the Maiden hair spleenwort grows in all but south facing walls and rocks. Ever present, more and more appear as the foliage behind which they once hid dissapears. 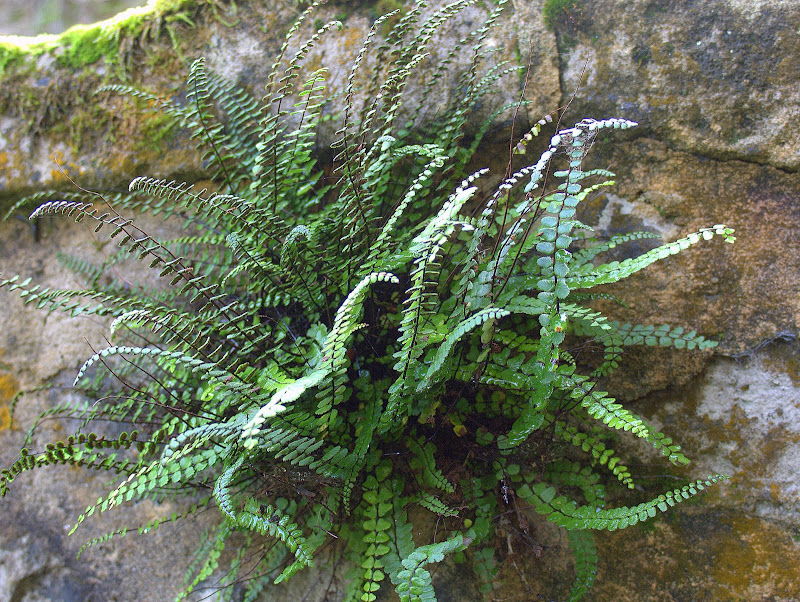 The lily of the Valley bush, Mahonia x media 'Charity' is actually just starting to form its yellow blooms though it's the foliage I really like with this plant. It's a little slow growing for me, but eventually it'll get to about three metres in height and a fine specimen it will be. 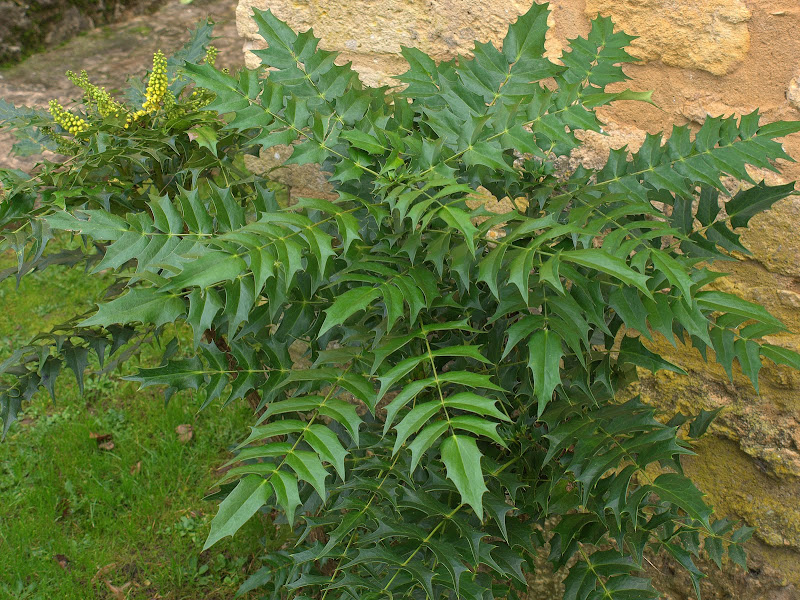 Well what can I say, the embellishment at the end of the fence, well it's green right? 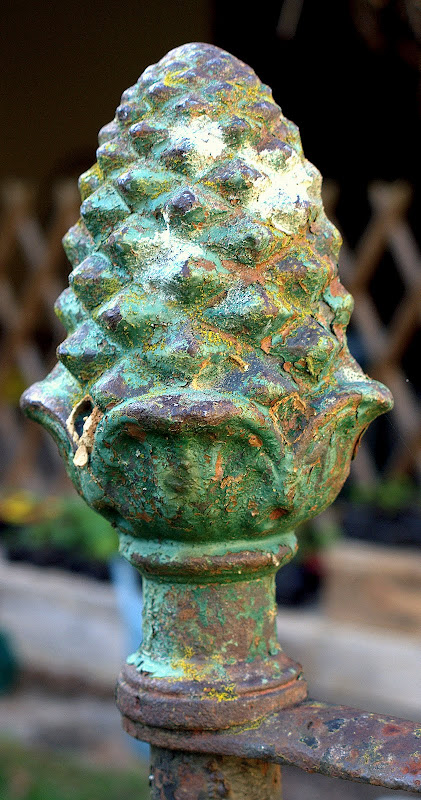