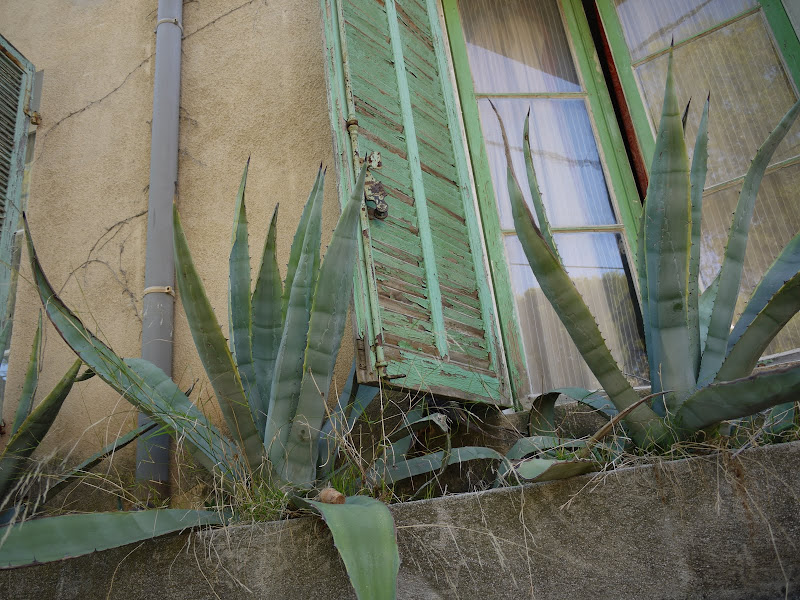 What a treat to drive down to Provence passing through the Languedoc en route to a special rendezvous in the old port at Marseille. Leaving the beautiful earthy Perigord for a landscape punctuated with tall Cypress, prostrate Juniper and silver Olive is a real tonic for diminishing daylength and ever cooler evenings. 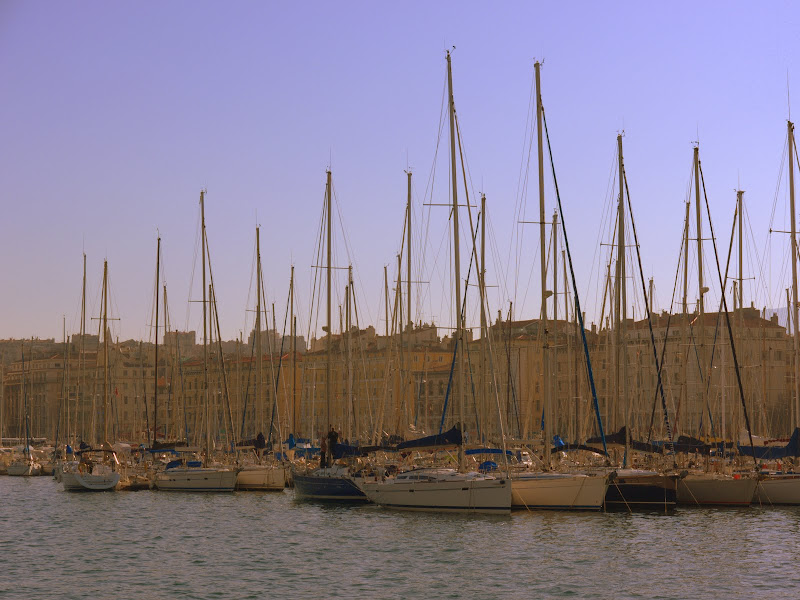 Although our time in Marseille was limited, its history and grandoise intentions were inescapable as we left by ferry for our final destination, the Isle du Frioul where we were to meet Karen's family aboard their catamaran. 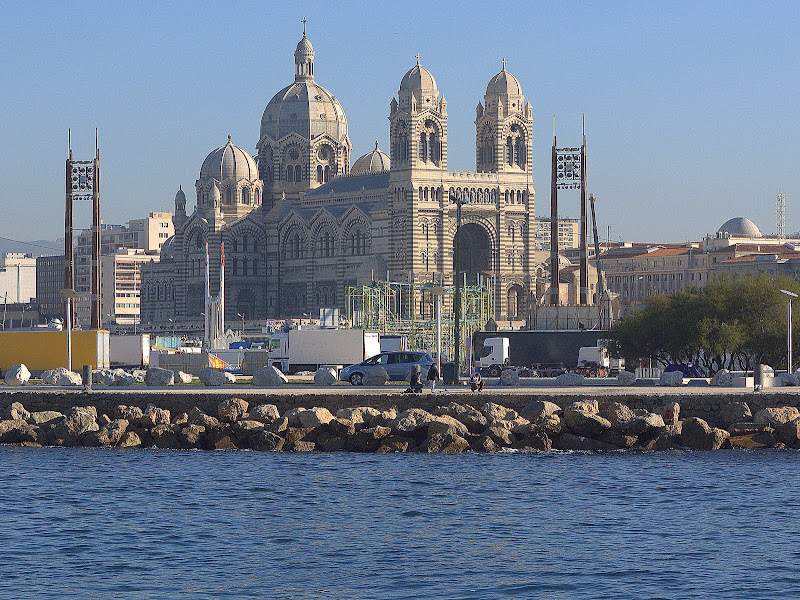 Visible from just about anywhere near the port, the Byzantine Romanesque Nouvelle Cathédrale de la Major is an imposing structure, its first stone was laid by Louis-Napoléon Bonaparte on the 26th September 1852. 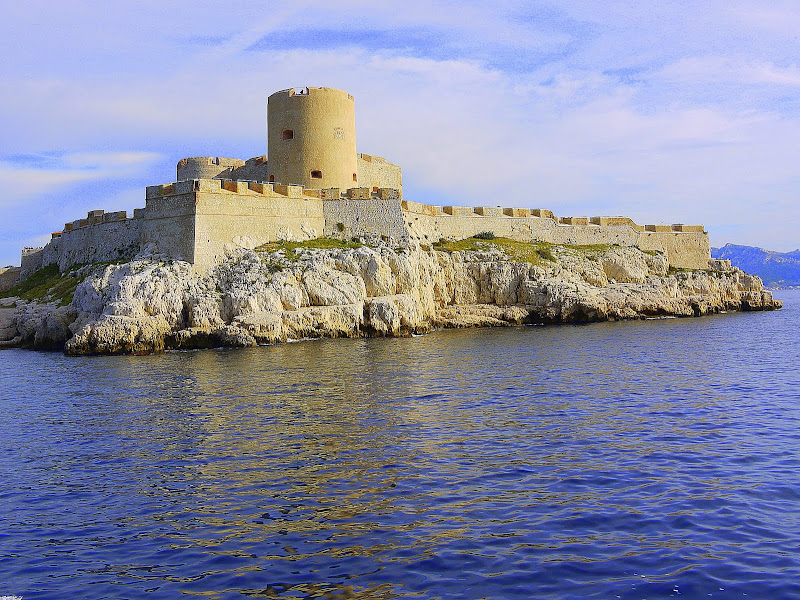 On board the ferry we passed the island fortress of Le Château d'If, located on the Îsle d'If.

In Alexandre Dumas' book 'The Count of Monte Christo', the principle character was imprisioned here, isolated on an island penitentiary where escape was theoretically impossible (think Alcatraz). 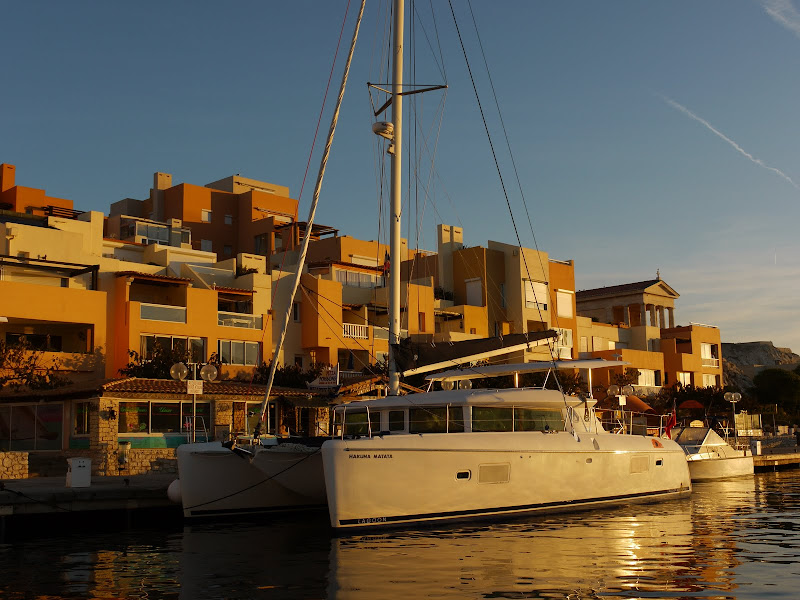 Ain't she beautiful? This was the real deal. On arrival at Frioul we were greeted by the catamaran Hakuna Matata, our home to be for the next few days.

My brother in law aka 'skipper' has sailed this boat across the Atlantic and back, toured the Carribean and visited many ports in southern Europe. It isn't even his day job! If you want to read more, click here.

Many a bonheur was spent sailing in and around The Calanques, a series of limestone cliffs, fjords and rocky promontories which plunge into the Mediterranean for about 20 km of coastline immediately to the south-east of Marseille before arriving at our final destination the ancient fishing port of Cassis. 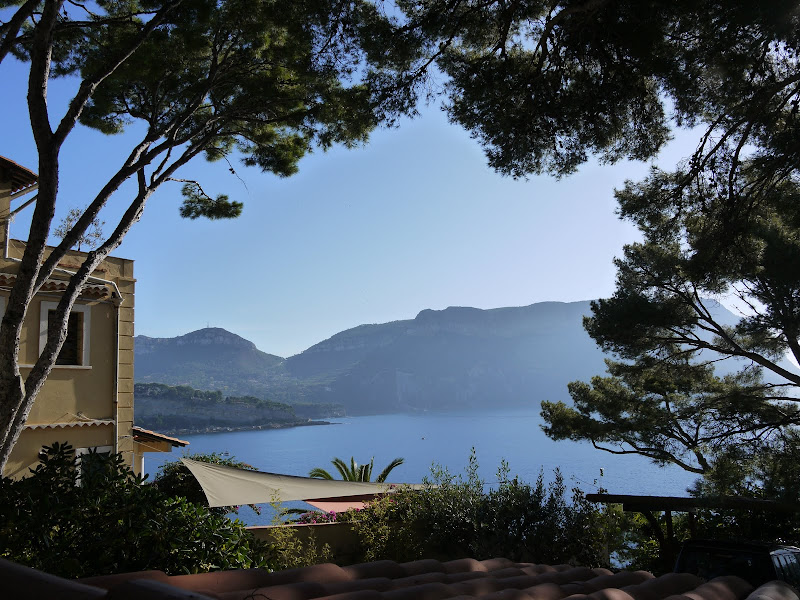 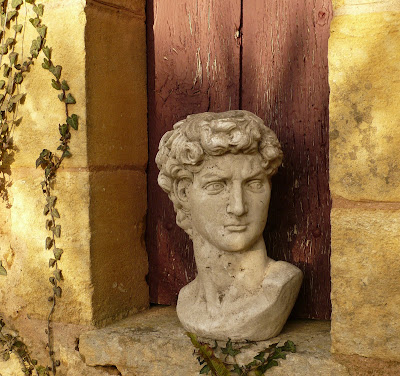 Do you decorate your garden?

I have a weakness for garden ornaments. They bring another dimension to the whole feel about a place, just gelling things together.

This stone bust sits snug in a window recess ready to welcome guests if I'm not around.

I guess he's pretty formal, very classical but the reality is that in no way is the garden or Le Banquet formal. Sure there are elements of formality, clipped box for example, but the bust is a nod in the direction of humour.

Some years ago I found this terracotta urn in a salvage yard near Oxford, England. I think its beautiful. Very Italianesque (or should that be Italianate) and its aged really well.

Quite how old it is I don't know. It probably qualifies as second hand rather than antique but that's neither here nor there, it looks great.

Even better with an Asparagus fern.

It seems that the whole garden antiques sector has grown in recent years. Millers publish a guide dedicated to it. In the relatively short time that I'v…