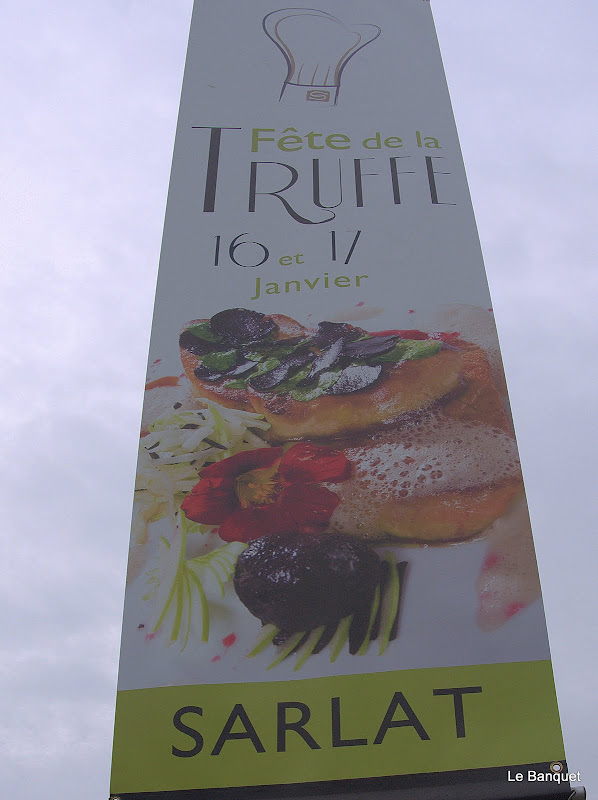 As Paula Wolfert suggests in her authoritative book The Cooking of South - West France:

'Something so magnificent must, inevitably, corrupt. Well- truffles will ruin your bank account; as for your virtue, they may ruin that, too.'

Is there any food in the world more surrounded in mystery and intrigue than the truffle?

This weekend saw Sarlat host this region's annual celebration of La Truffe, the black 'diamond' of the Perigord. 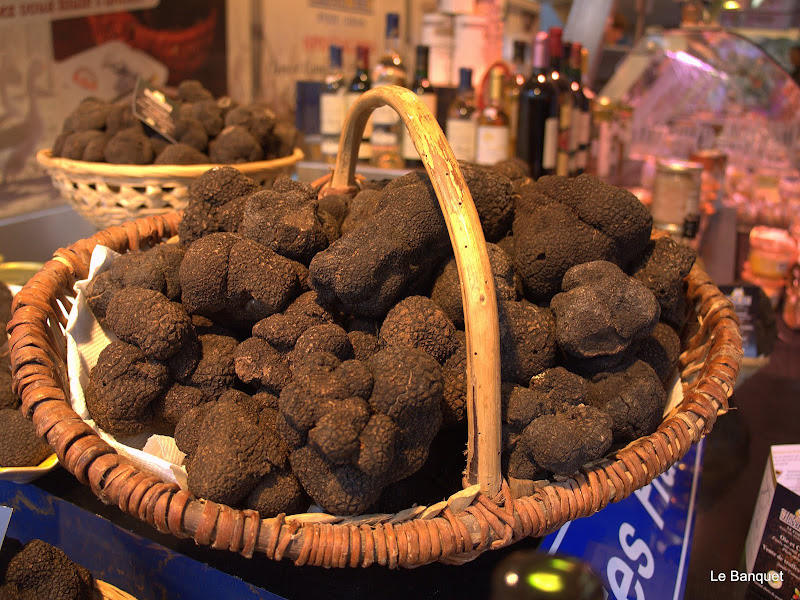 With thirty seven producteurs displaying sixty kilos of tuber melanosporum, the heady scent perfumed the entire market square and beyond with an aroma that's both indescribable and unique. 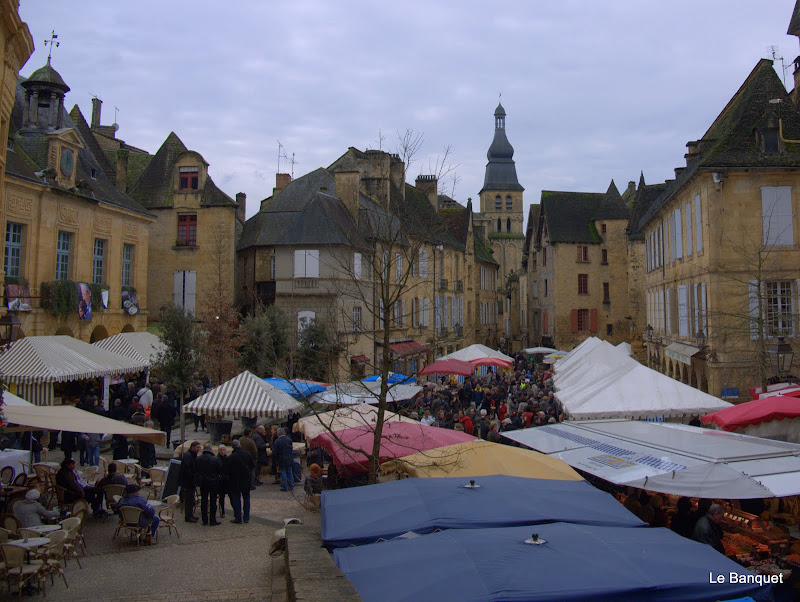 There was an enormous variety of truffle based products for sale. Truffle aperitif, truffled chocolate, truffle cheese, coffee served with a truffle and cream froth, the list went on. 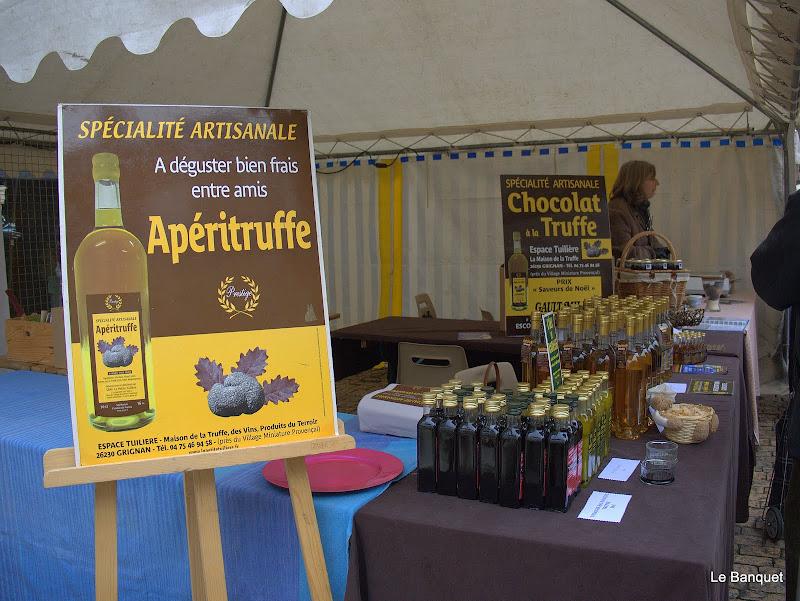 At the stroke of midday, a long line formed leading to a large tent where two chefs lovingly stirred the brouillard, an egg, butter and truffle mixture, gently churned over an enormous bain-marie achieving an almost fondant texture. At once luxurious yet rustic at the same time, it was carefully doled out into little plastic cups to be eaten with a teaspoon savouring every truffly note, such is la truffe's affinity for eggs.

In addition to laying on a truly memorable lunch, the organisers had prepared a busy events itinery which included cookery demonstrations by no less than five michelin starred chefs, 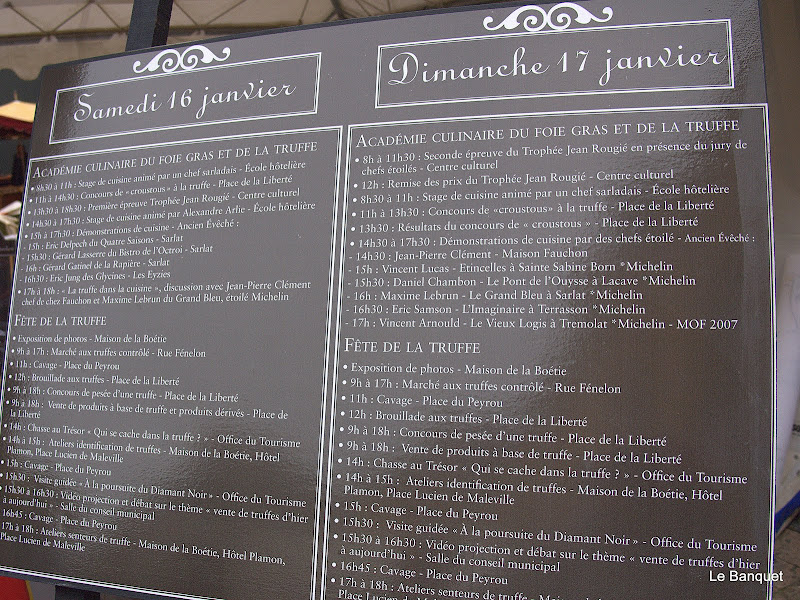 It's a curious thing this subterranean fungus. It lives in a mycorrhizal intimacy with just a handful of tree species, predominately oak though occasionally black pine or hazel. 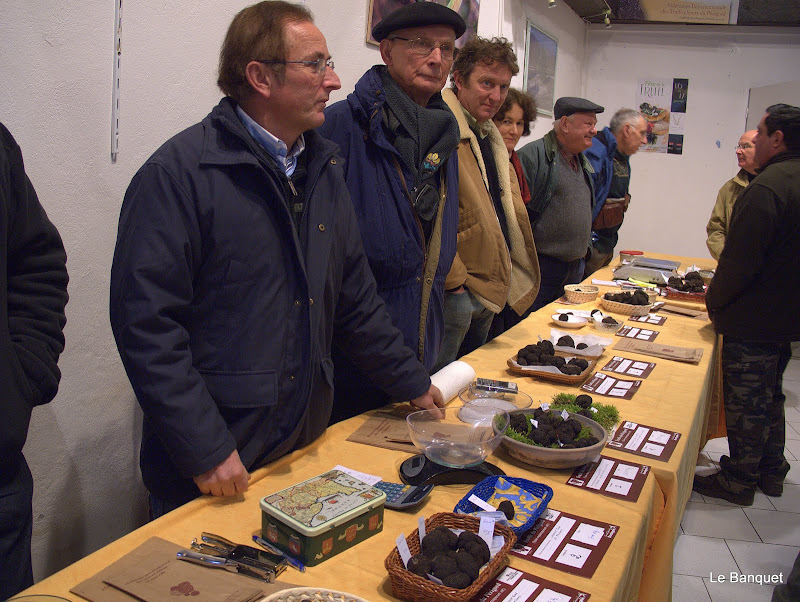 Although dogs and pigs are frequently used to find truffles, some of the more experienced hunters known as rabassiers will simply look for the little truffle flies which on warm winter days hover in small clouds above the tubers. 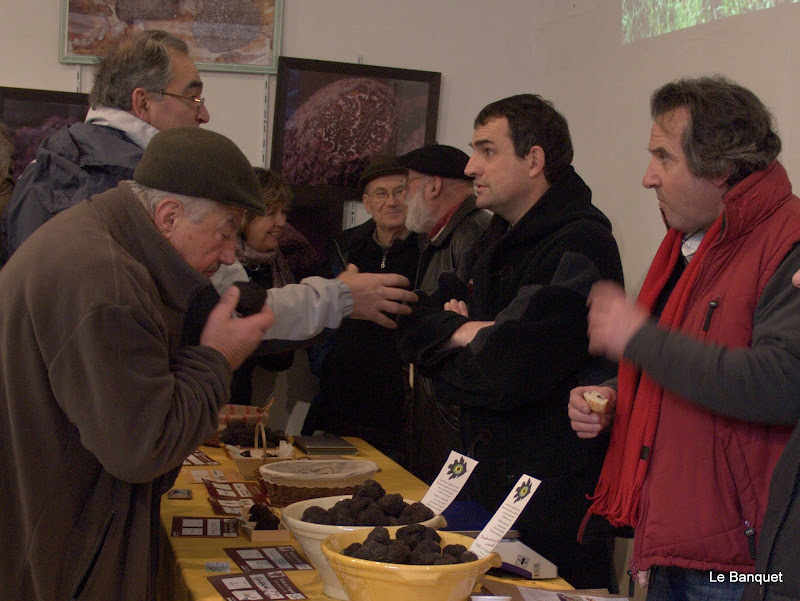 You know, it's days like these that make one realise that this really is la France profonde. Deep France, embracing its rural culture away from the hegemony of Paris, rich in tradition, something very magical.