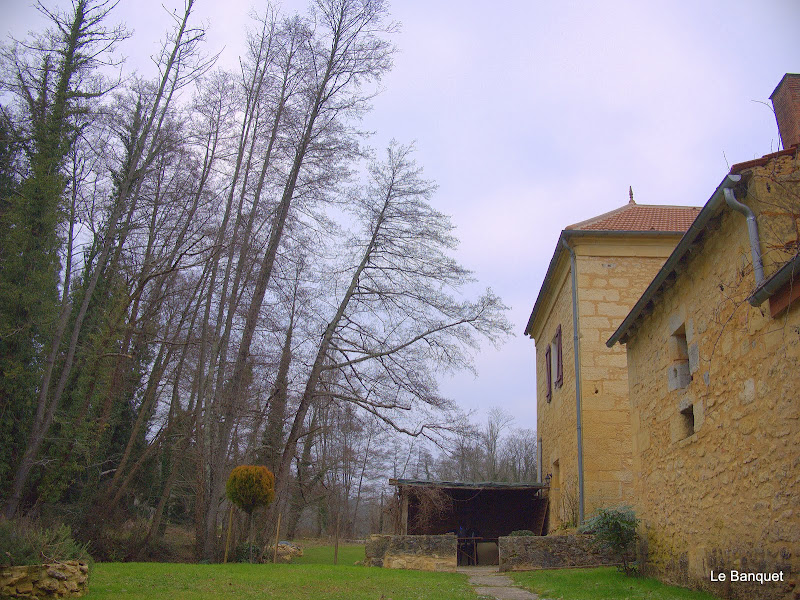 The Alder tree grows profusely all along the riverbank here at Le Banquet. It's a bit of a weed as it seeds itself about with as much ease as Sycamore. Conditions are perfect as it loves to have 50 percent of its roots in water which is all well and good but eventually erosion and tunneling from various animals can undermine the root structure and lead to the tree leaning at quite an angle. This becomes a concern when it's near to property, believe me. I always get twitchy whenever the wind gets up so it was time to have it felled. 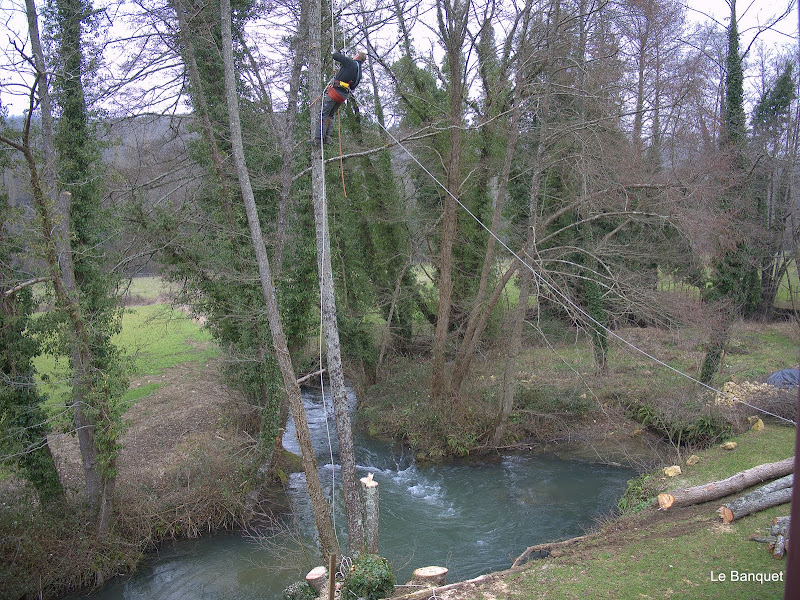 There were six trunks growing from this tree, five were felled, but one had to be dismantled piece by piece as it was so close to 'La Fermette'. Pictured above is Matt who did the job. He'd 'march' up the tree with the ease of a bear (he's wearing tree climbing spikes) loop a rope around near the top which in turn was then tied to the towing bar on the 4 x 4. The car would then reverse to put tension on the tree, a cut was made and (((thud))), it's down. All very exciting.

No Vertigo there then, none whatsoever. 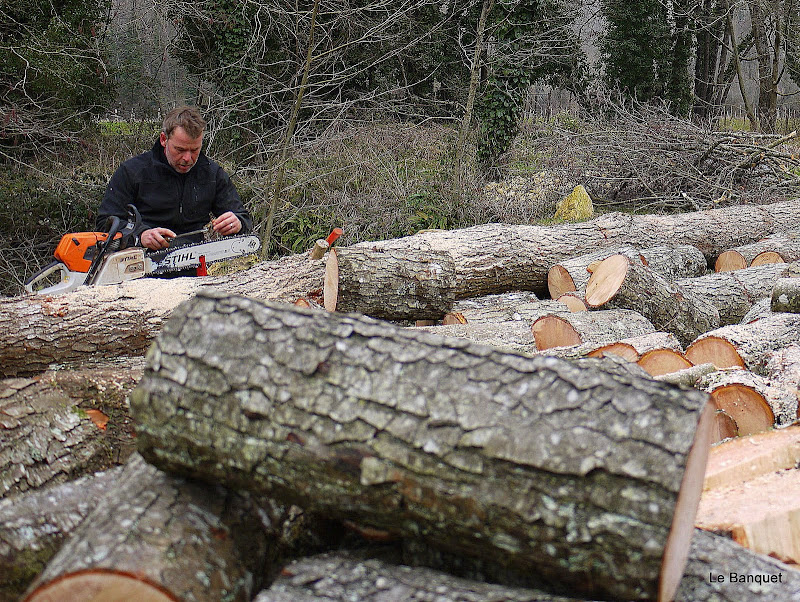 All the trunks and large branches were neatly cut into 50 centimetre lengths,

so much firewood, I reckon there's a good six cubic metres or thereabouts. Give it a year or so exposed to the elements and it'll be good to burn. 'Seasoned' is the correct term. Apparently trees felled in winter have a lower water content than those felled in summer which means they need less drying time.

The potential heat output from wood is measured as a 'calorific' value. Hardwoods such as Oak and Ash have high calorific value which means they generate a lot of heat when burnt, softwoods a lot less. I don't think Alder has a particularly high number, but it's not bad so I'll be using it next winter.

You can see a table of the heating output that various wood gives by clicking here.

Karen and I spent most of the weekend burning the twigs and small branches, It's been nice standing around a bonfire as it's been another cold, slate grey day. 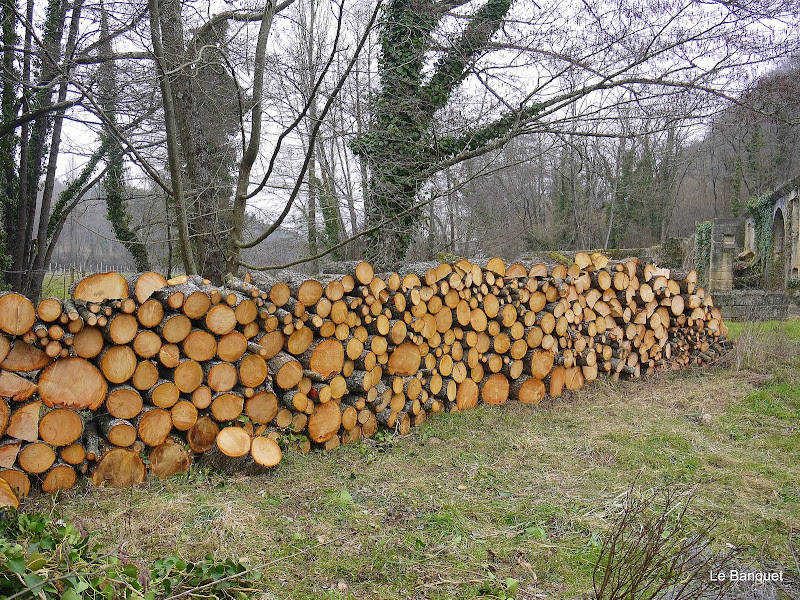