Spring and the weather 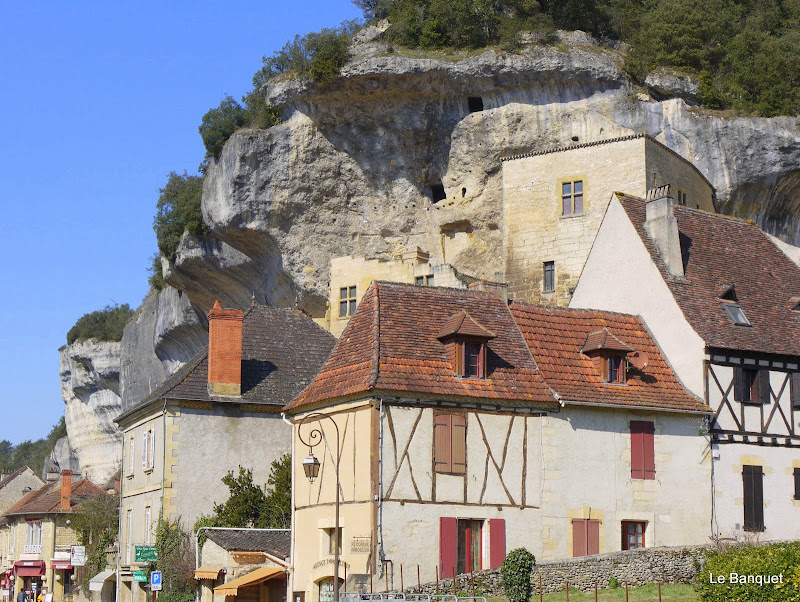 Deceptive the March sunshine. It has some power in it now, the sun index starting to curve up, the light bright, further enhanced as it illuminates a still stark landscape together with rapidly increasing daylength, but you know what, it's still bloody cold!

Spring is late, nightly frosts just keep coming and it's holding everything back. It's been the same over a great swathe of Europe this winter and the start to spring. For months our weather has come from the east. At times back in January and February there were cold blasts tracking all the way from Russia. These weather patterns are relatively rare and as a rule we look to the west for our weather, but there's an old saying 'when the wind is in the east 'tis neither fit for man nor beast' and this year it's held true. 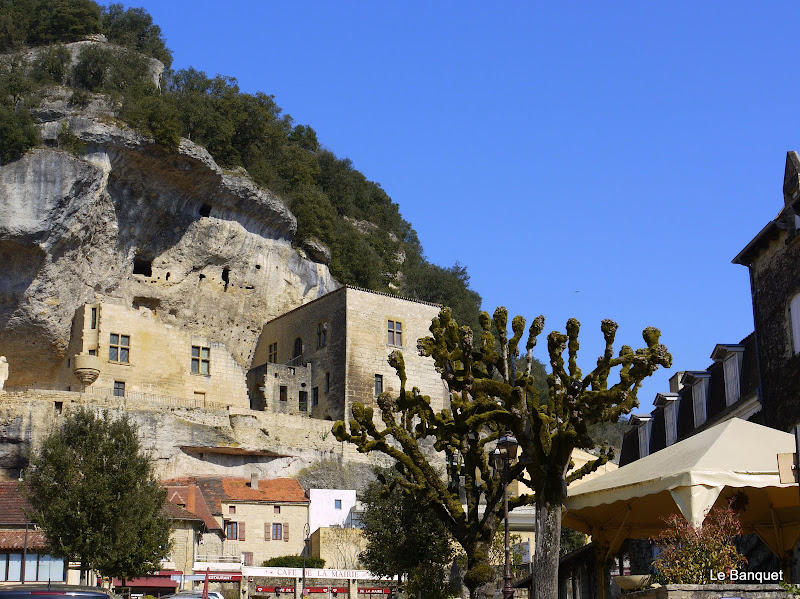 Of course like everywhere the landscape here is full of micro climates. These pictures above are of my local village Les Eyzies. Sitting in the Vézère Valley, it's certainly a frost hollow, but being built into limestone cliffs it also becomes very warm during Summer as the heat radiates back from the rocks and frequently records some of the highest temperatures in the Dordogne. Back in August 2003, there were numerous occasions where 40 C. was reached or surpassed and most years there'll be a day or two when the temperature climbs close to that mark. 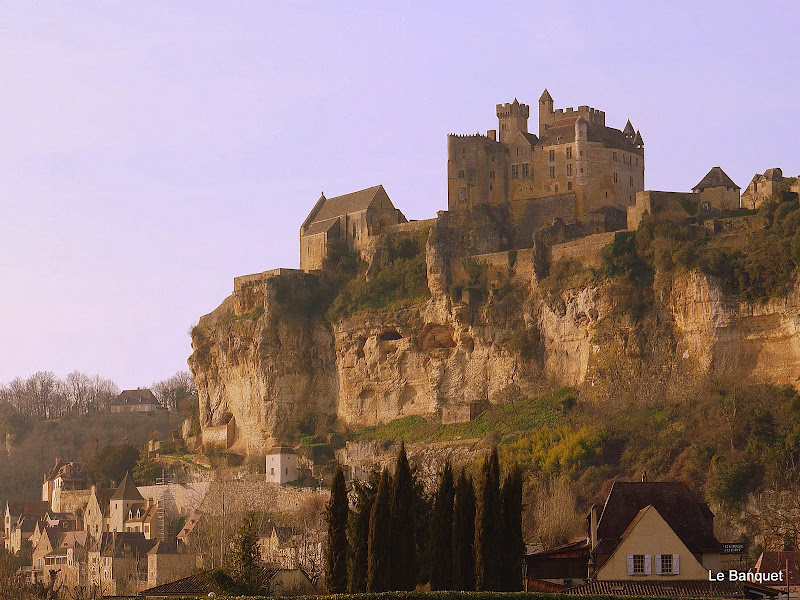 The Dordogne valley also has its fair share of climatic variations. Many an Autumn morning sees the chateau at Beynac (above) lit up by the early morning sun whilst the village below is shrouded in fog until early afternoon. Frequently this leads to a temperature inversion of up to five degrees with these 'pockets' of climate accounting for the considerable variance in first and last frost dates within the department. 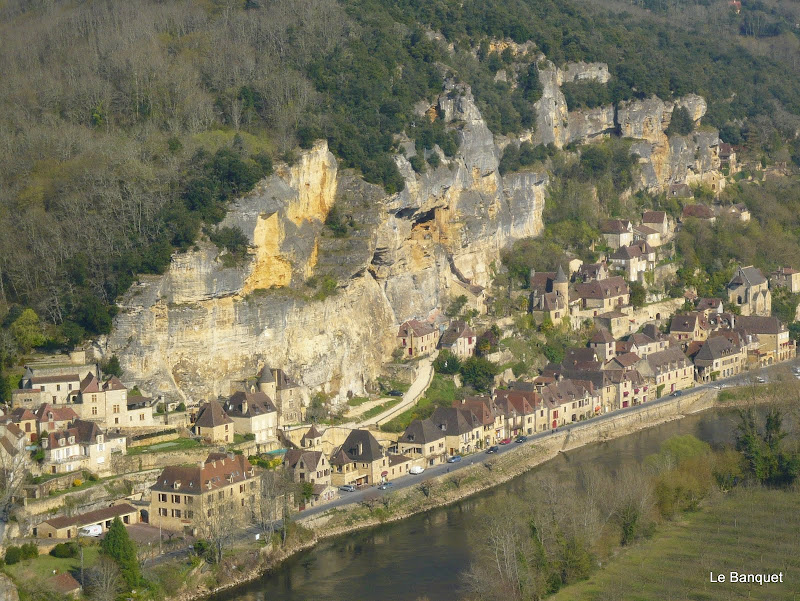 La Roque Gageac's sheltered south facing position has allowed a tropical garden to be developed over the years. It's quite something to climb ever higher through it's narrow streets adorned with bougainvillea and tender palms. Again, the limestone acts as a great big radiator increasing heating degrees and raising night time minima. 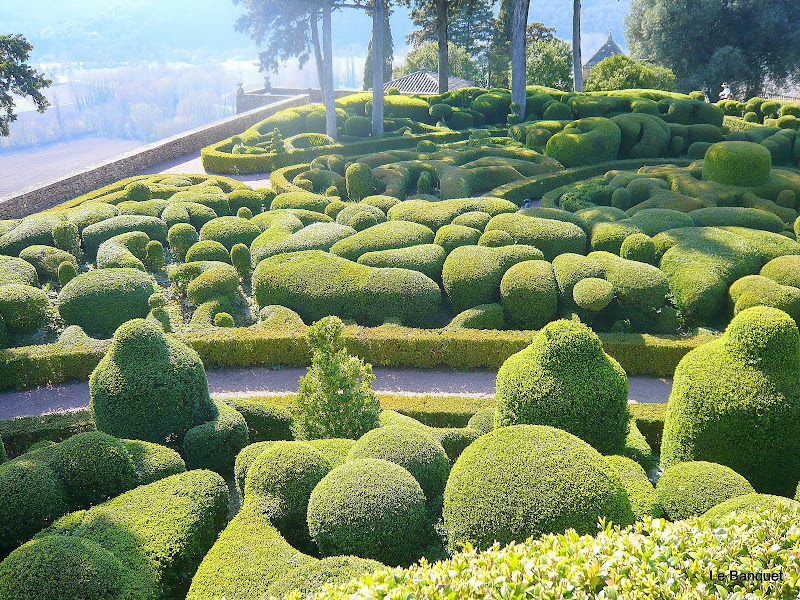 Even the spectacular park and gardens at Marqueyssac (They were featured in this months Gardens Illustrated magazine) support microclimate within microclimate. A belvedere elevated just above the cold pooling valley air, its southern flank supports trees such as Montpellier Maples more typical of the Mediterranean whilst to the north Hornbeams and Holm Oaks are more typical.

No matter what the micro climate maybe, this winter has dragged on. Sure enough in terms of absolute minimum temperature it's zone 8, but this years frequency of frost makes it feel harsher. It's forecast -6 tonight, sigh, there's so much waiting to be done, but all is on hold until a change in the weather.