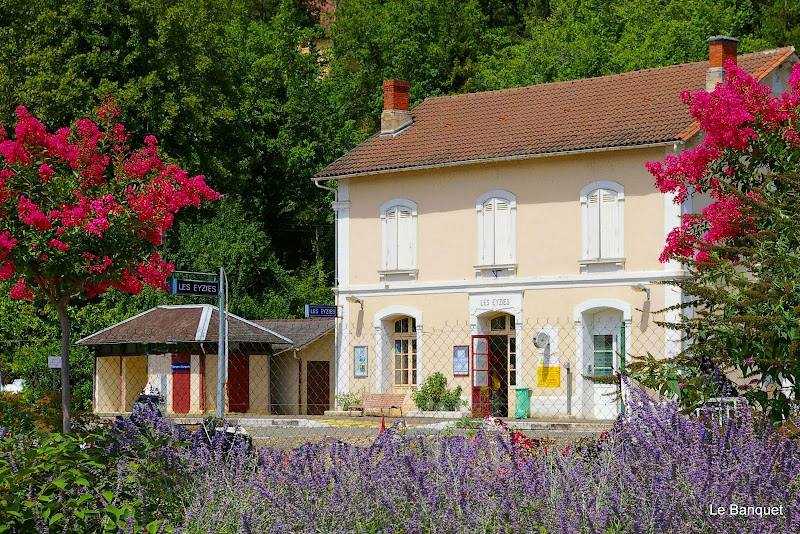 I think it's fair to say that the French take pride in the appearance of their railway stations. Often they're beautiful 19th century buildings with a slightly grand feel about them even when situated at quieter outposts such as my local station here in Les Eyzies.

I'd kept meaning to post this photograph taken a few summers back, and by the same token had intended to photo a lot of the local stations to me as they're all so well dressed and who can argue? It's not a bad view that, looking back over the tracks through blue Russian sage Perovskia, together with blooming Crepe Myrtle which the French call 'Lilas des Indes'. 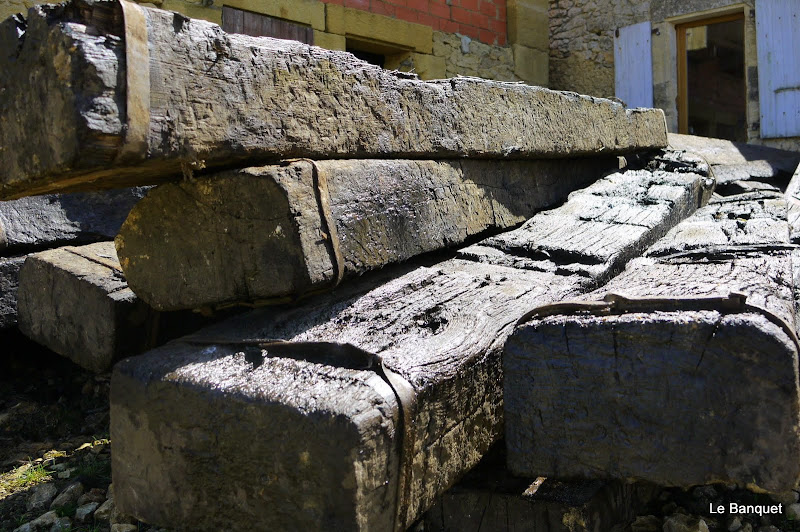 The French railways, SNCF are currently re-laying large areas of new track. The landscaper's dream material, sleepers, are available everywhere and I kid you not, I picked up thirty for an absolute song.

The land pictured below is behind La Grande Maison and was at one time completely overgrown with brambles, nettles and horsetail. A few years back Karen and I cleared it, together with a further two areas which are effectively terraces which lead down to the river. Sadly, as we painstakingly revealed and cleaned the stone wall a large area on the right collapsed and we had to 'earth' it up to secure it. The plan is to cut steps into it using the sleepers as risers and treads which will give an easy descent down to the river. 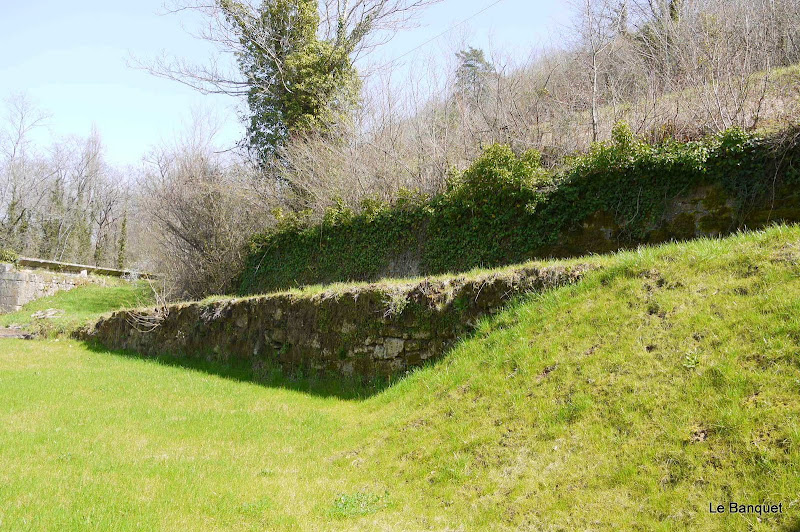 When we'd finished clearing the area I simply grass seeded all the levels. This was the quick option and the lawn rapidly smothered many weeds which coupled with weekly mowing has weakened the horsetail and brambles to the point they've practically given up.

Eventually we may create a garden here, but in truth it's natural beauty is garden enough. 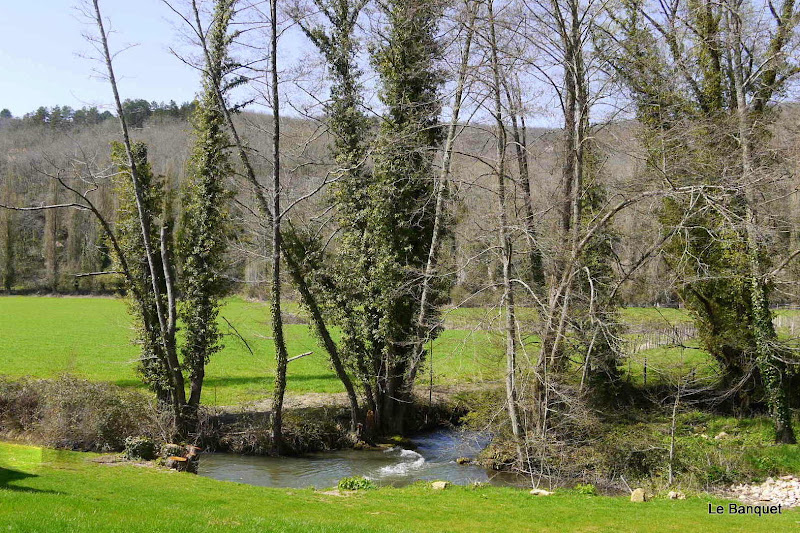