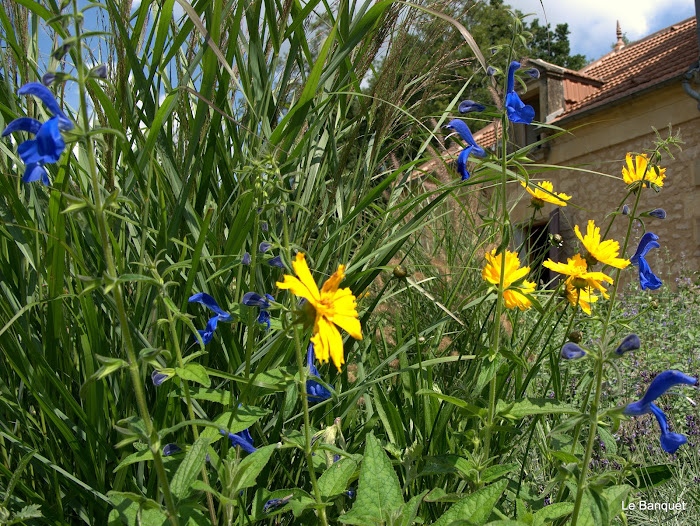 I actually can't believe how blue Salia patens is. See for yourself, it's just so erm, blue. I don't know whether I like it or not, there's honesty, it's just that you don't see that kind of blue (ah, Miles Davis) in nature often, bar say a kingfisher, like an azure flash.

I sowed a packet of seed back in March. I think there were about twenty in the envelope of which I kept and grew on six. They were slow to start and crept along for most of the summer until these last few weeks when suddenly they seem to have taken off. 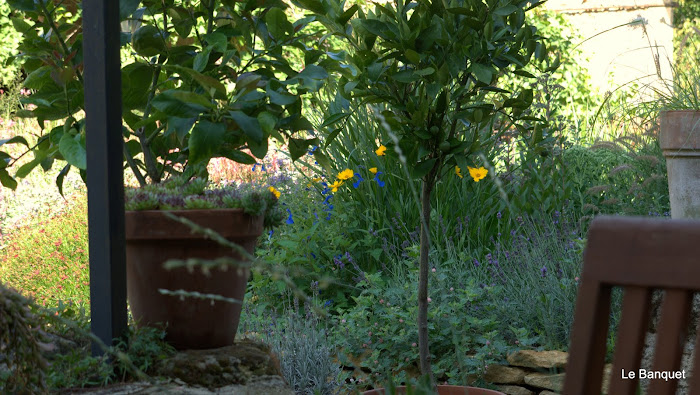 I sit here on the terrace and just pick out the colour. You can see it in the centre of the photo. 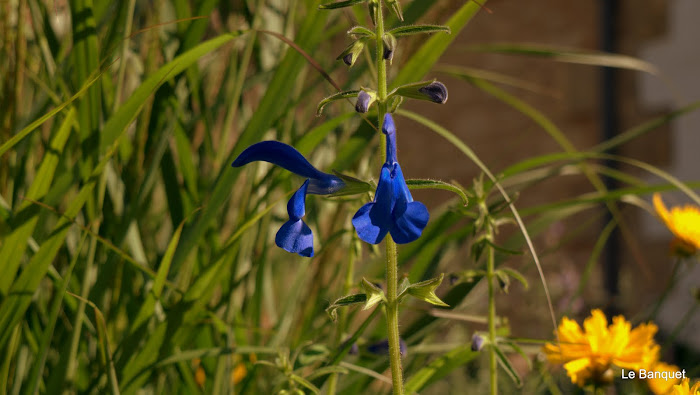 They're not really hardy, but like a dahlia they develop a tuber which can be stored in much the same way so I'm told. I'll store these.
salvia patens