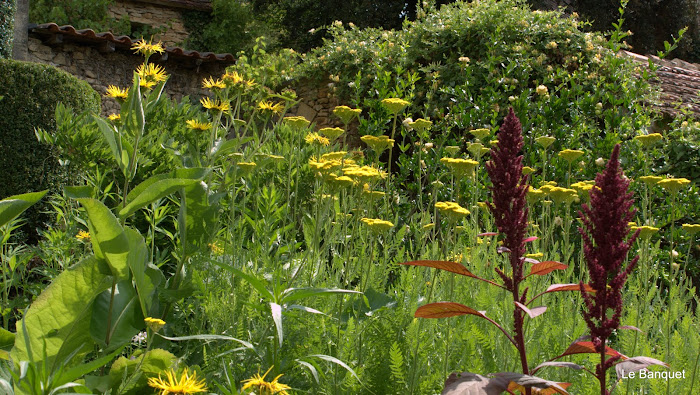 The thermometre's nudging 39C today. That's a 103F and mighty hot. It was the same yesterday and will be similar tomorrow. Southern France sits under a plume of hot air, it's origin from the shores of north Africa via Spain. A Spanish plume. 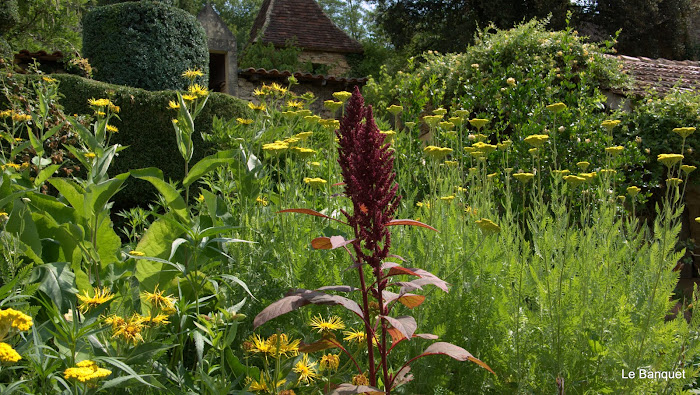 These photos are of the Jardins de Cadiot which I posted about here. I particularly like the Amaranthus, so much so I bought a packet of Amaranthus Opopeo seed and I think I'll grow them for next year.

You may ask what relevance this has to a 100 degree day, not a lot really, except I'm sitting indoors right now, windows and shutters shut, keeping cool and messing around in my Picassa photo album, one eye on the Cricket on TV, England hammering India again, they're now the numero uno test side in the world. Again, completely irrelevant.