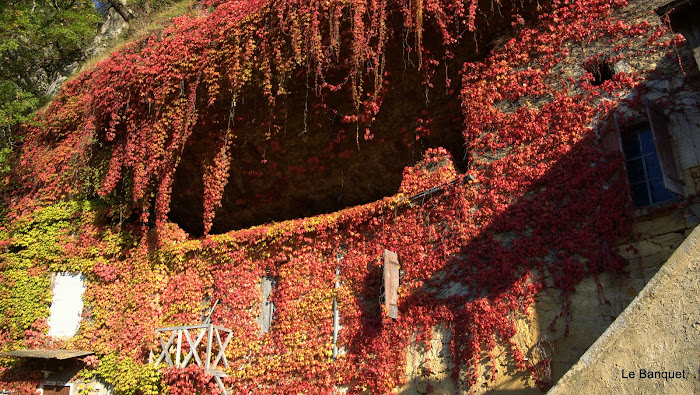 Is it possible for a foreigner abroad to look more at home than the Virginia Creeper (Parthenocissus quinquefolia) which cloaks the house and rockface just a little way opposite from here? I think not. 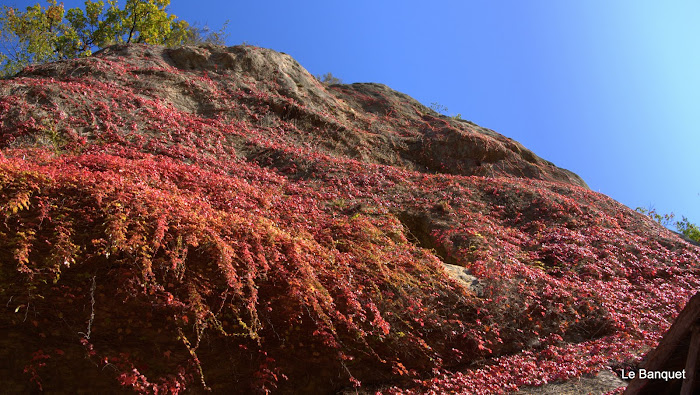 I've heard it described as a 'chimney reacher', but it left the chimney behind on it's way to the sky. 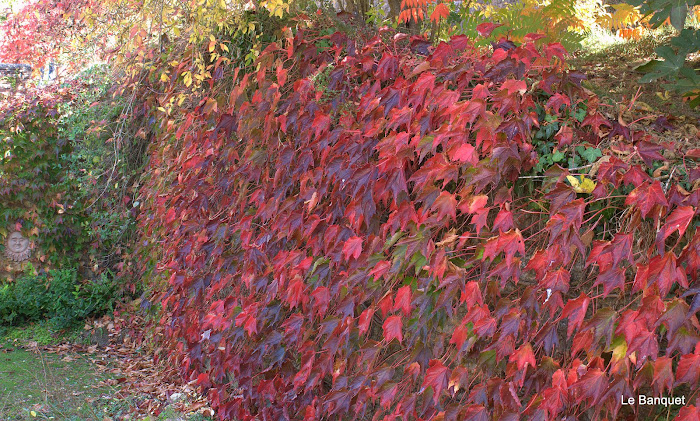 I've also seen it described as not a plant for the laissez-faire gardener. Pourqui? I put mine in seven years ago, did nothing and it romped away. That'll do. 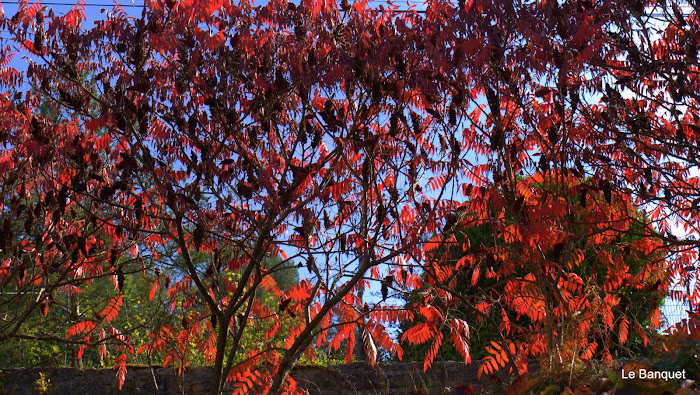 But it's a two horse race this October rouge stardom thing. Sumac looks positively illuminous with the light from behind. 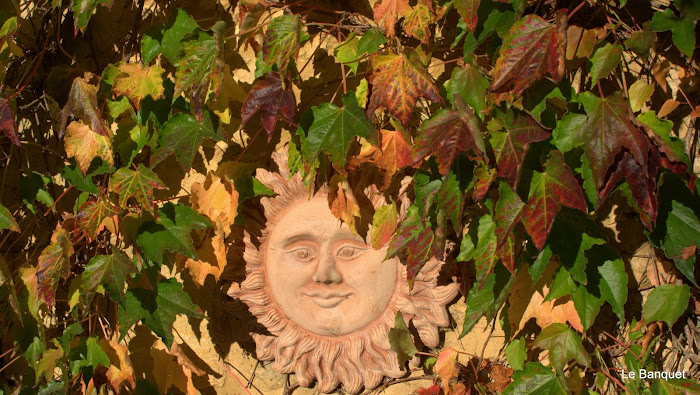 Even the Sun God is mellowing as the light lowers.

This has been one of the warmest and driest starts to Autumn in SouthWest France. That said, there was a ground frost a few nights ago and this evening the skies have finally opened, not a bad thing.
sumac virginia creeper