March 16, 2012
What a difference a month makes. Exactly 4 weeks ago and we were in the midst of the coldest spell for at least 35 years, arguably the most severe since 1956, but today, wall to wall sunshine, the thermometre nudging 25 centigrade, wind flat calm, not a zepher - vrai printemps. 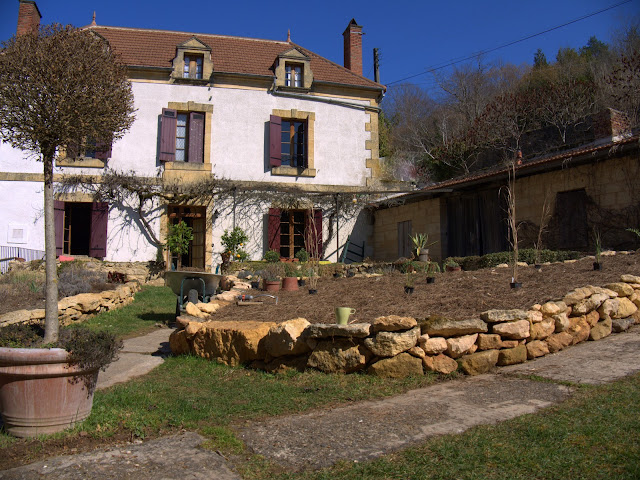 The spring weather has been perfect for taking time out to plant up the new garden area I mentioned here.  I've finally arrived at a pretty much final planting list, or at least I think I have.

Last Autumn I fully intended to plant seeds of Onopordum acanthium, the Scots (or Cotton) thistle but forgot. Shame, I had visions of this stately specimen punctuating the border here and there, rising up to 2 metres plus but alas, this year it ain't to be. Of course that's not to say things aren't at least a bit thistley.  Following a slug attack which chewed up my Cardoon seedlings, I picked up three young artichokes, Violet de Provence, a slightly smaller variety than the enormous monsters associated with Brittany and with  finer, grey green  foliage. Voila the replacement. 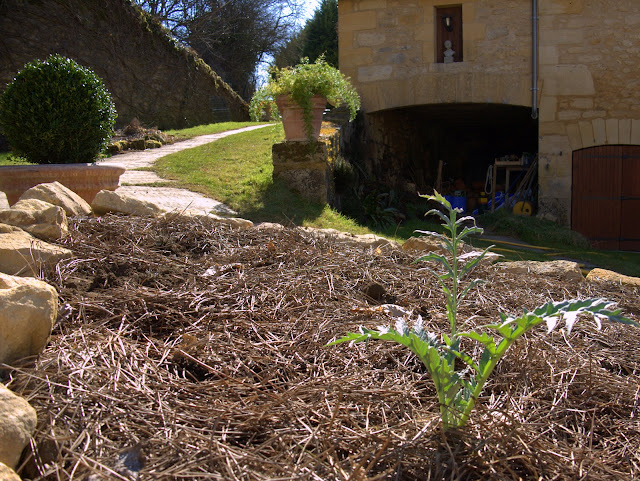 A visit to Pepiniere Lac du Joncs earlier this week also helped me to make a final decision.  There it is in the photo below taken last June, hidden away in the countryside near Rouffignac and which in my imagination  has a feeling close to being  middle earth, though not inhabited by small, slightly hairy folk with a penchant for the Lonely mountain. 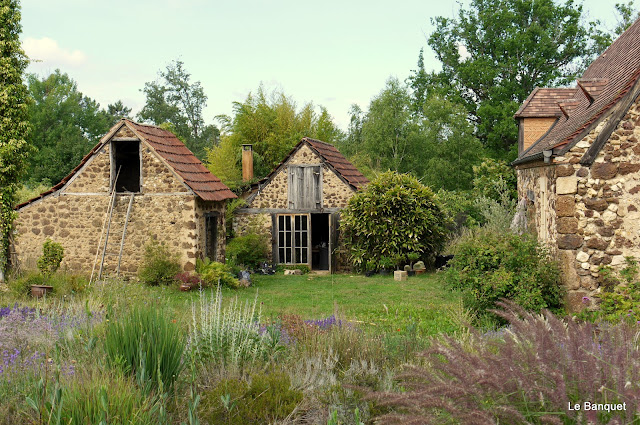 Sadly, almost 50% of the plant stock had been lost during the recent cold spell. Temperatures in some areas had dipped to -20C, so if you're a zone 8 borderline 7 plant sitting on the ground in a small pot, well you've just experienced a bit of zone 5 winter. 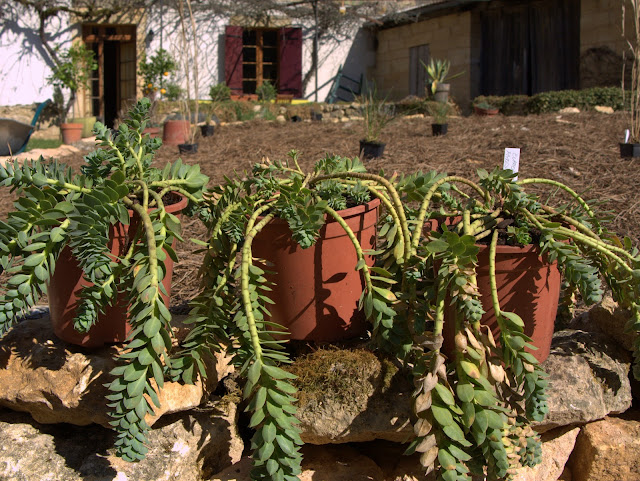 All was not lost however, above are three Euphorbia myrsinites, they came through the big freeze without a problem. In fact there were some unlikely candidates who also survived the chill, notably  Pennisetum macrourum ( I brought three) of which I've read many conflicting reports as to exactly how hardy it is. 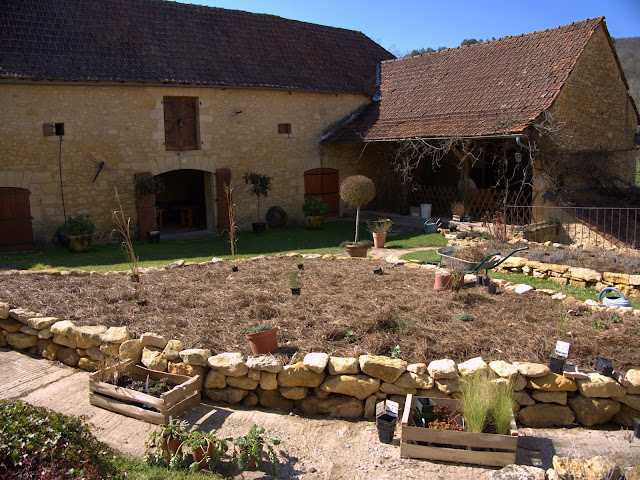 I'm sure there'll be one or two groundcover additions, perhaps thyme or a sedum of some sort, but that's the list for now, possibly too long, possibly not long enough, time will tell.