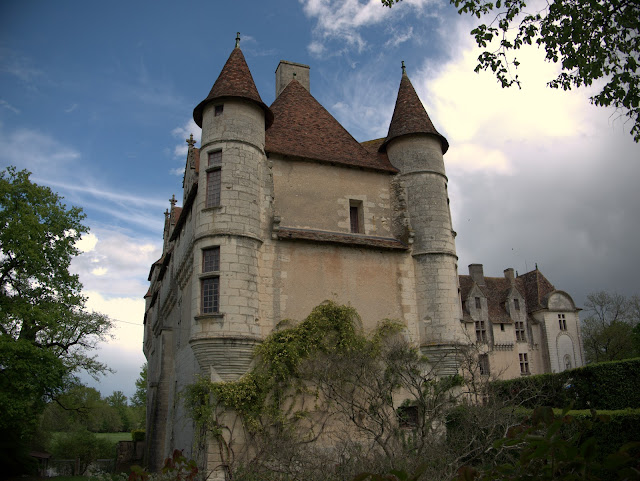 Karen and I spent yesterday afternoon touring the annual garden fete held in the grounds of the magnificent Château de Nuevic. It's hard to imagine a better venue - a sixteenth century chateau close to the banks of the river L'Isle complete with a parc botanique. 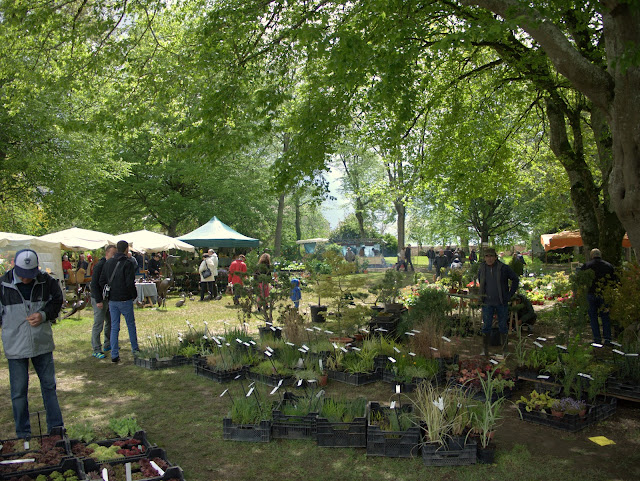 Despite dodging the odd short lived sharp downpour, all in all it was a good event. As ever with these things, it's the characters that really 'make it'. 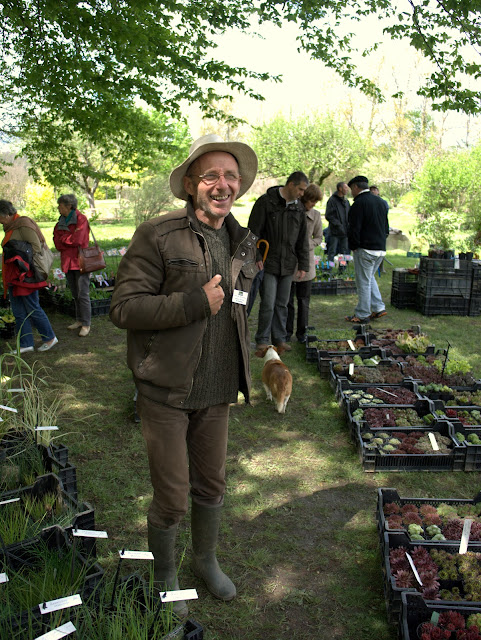 That's M. Willy de Wilde whose excellent nursery, la Pépinière du Lac des Joncs, is simply one of my favourite places to visit. I mentioned it before here and  here. 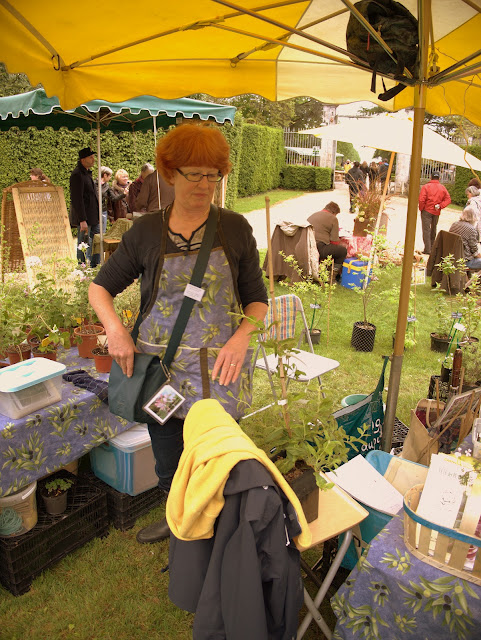 Now here's a story. Just before we were about to leave, we stumbled upon a stall specialising in honeysuckle and really beautiful, species and scented pelargoniums (I don't usually like pelargonium, too blingy, not these though).

Plantes de Paillole is run by an English woman, Gay Webster who'd travelled up the night before from the Lot et Garonne department. Gay told us that she'd stayed overnight in a dormitory within the chateau along with eight other people who'd also travelled a fair jaunt. Well it's nice to stay in a splendid chateau, but it gets better. Gay went on to tell us how the head gardener doubles as a chef and had cooked the small group pork chops over a huge log fire that previous evening. There were also salads and other vegetable dishes plus Bergerac red wine practically on tap. Tres conviviale. 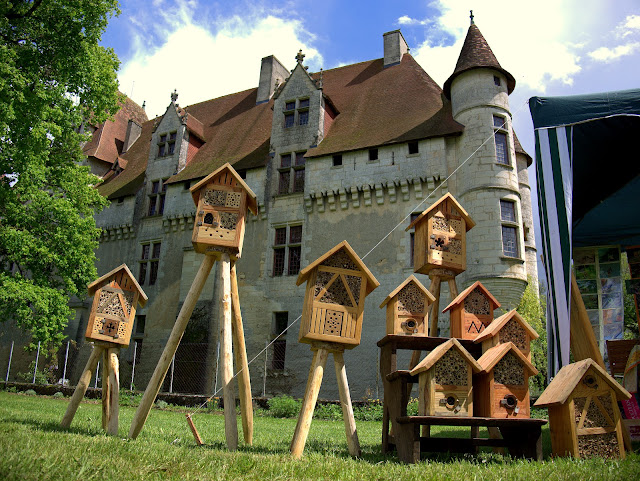 These are insect 'hotels' by the way." Ho-tel, Mo-tel, ho-li-day Innnn." They did a brisk trade, seems everybody wants to house a bug.  I was tempted to buy one but resisted, I reckon there's plenty of places for insects to hide in my garden. 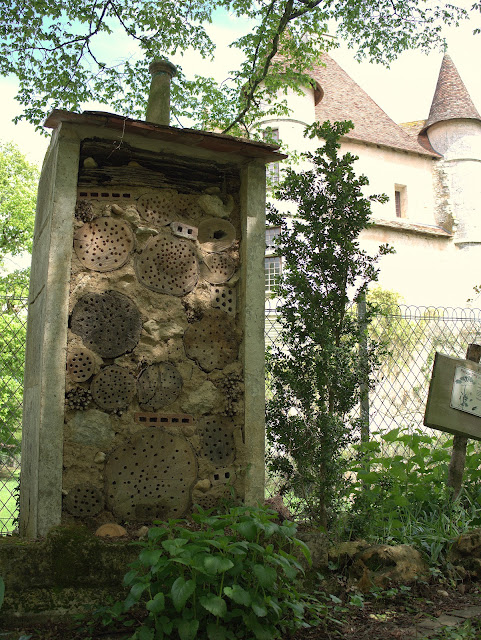 Of course the chateau had the Mother of insect hotels, actually closer to an insectean olympic village! 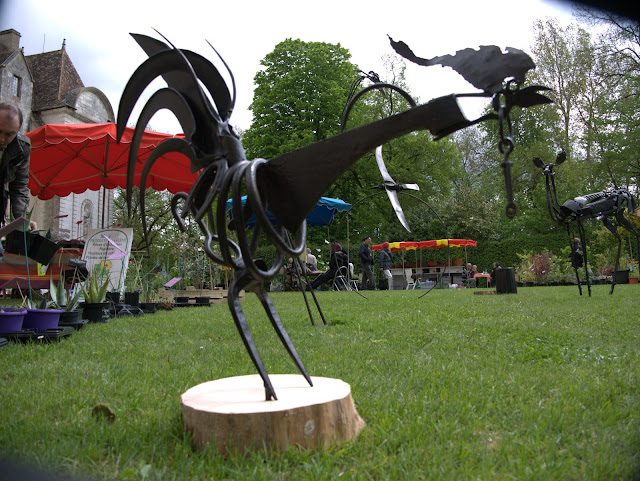 Finally, for no other reason than I like him, I give you the Gallic rooster, Le Coq, the national mascot of France and made entirely from old farm tools and the odd horseshoe.
chateau de neuvic insect hotel pepiniere lac du joncs plantes de paillole