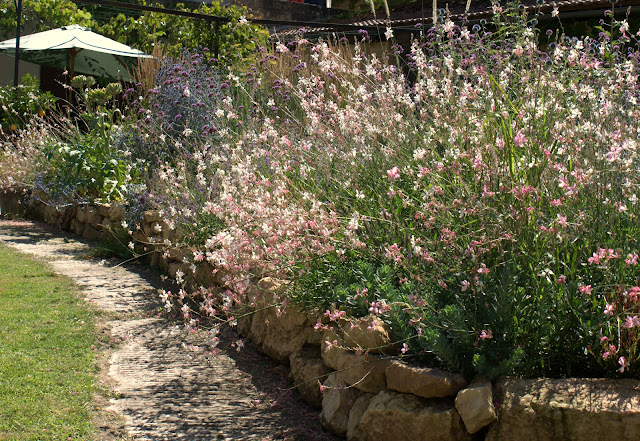 There's a 'fullness' to everything at this time of year. The Gaura has just taken off with spreading wands nigh on a metre long. I didn't realise how readily it self seeds. After losing a few plants, it's still managed to replace itself. 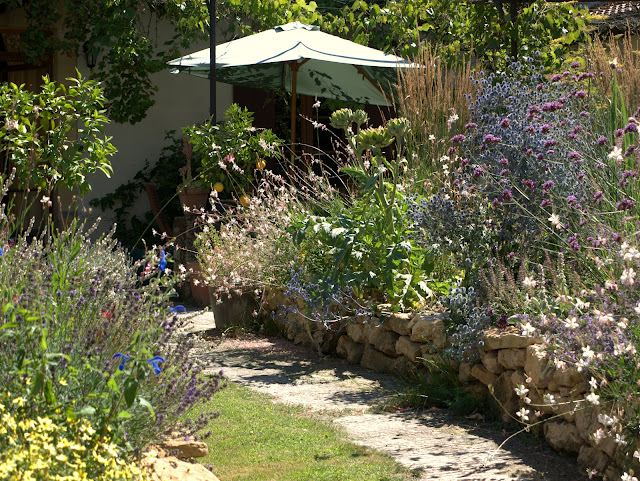 The sea holly has 'blued' up completely.  In fact there's a lot of blue and mauve in the garden at the moment, best of all a deep blue sky which hasn't made an appearance with the regularity I hoped, expected for the first two weeks of July. 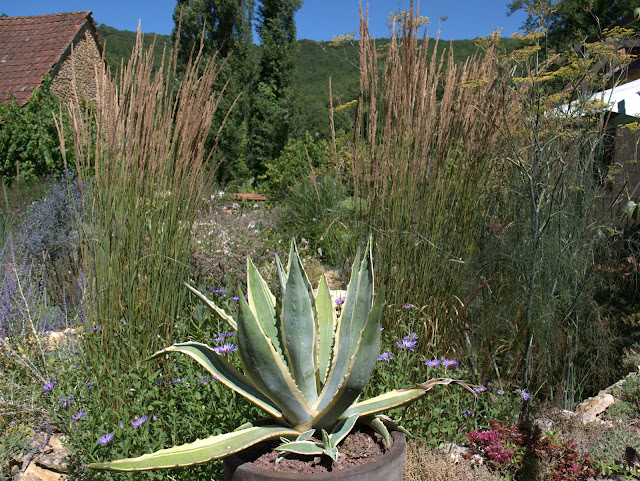 The Feather Reed grass, calamagrostis 'Karl Foerster'  looks great and doesn't 'wash' out in the summer sun. I like it mixed with bronze fennel and the first blooms of aster frikartii 'monch' making an appearance. 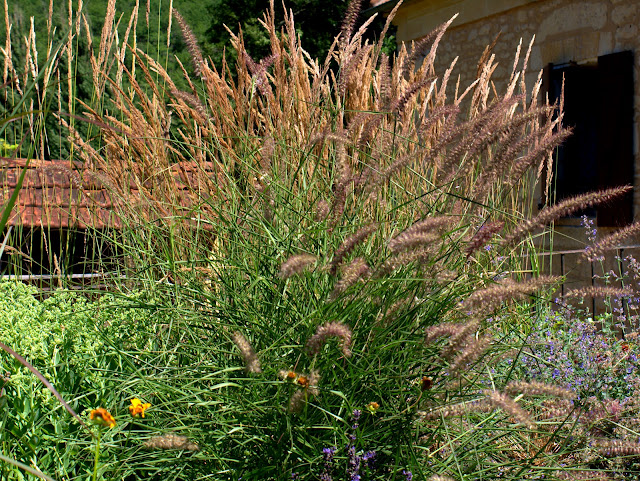 Stipa calamagrostis has probably the finest colour in grass. It's there, above, in all it's tawnyness behind the pennisetum 'Karley rose'. 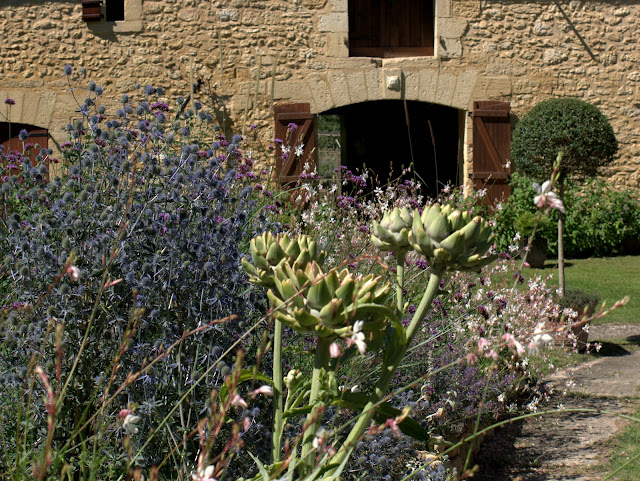 The artichoke buds are starting to open up completely, so flowering isn't far away. In some ways it's almost a shame as they've lost their culinary significance at this stage. 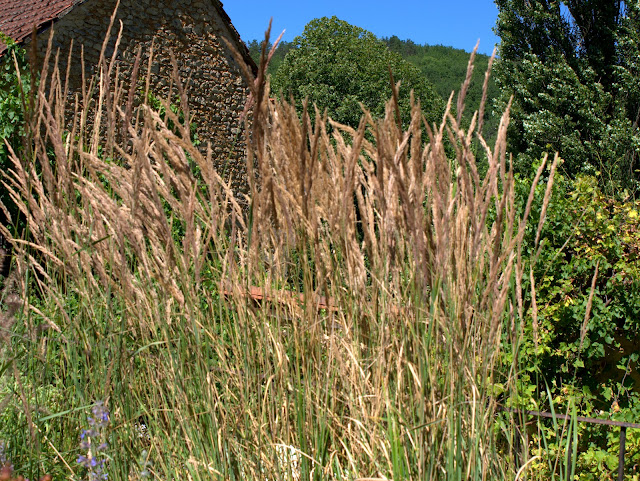 Another shot of S. calamagrostis, I couldn't get a sharp image as the inflorescences were constantly moving in the light breeze. 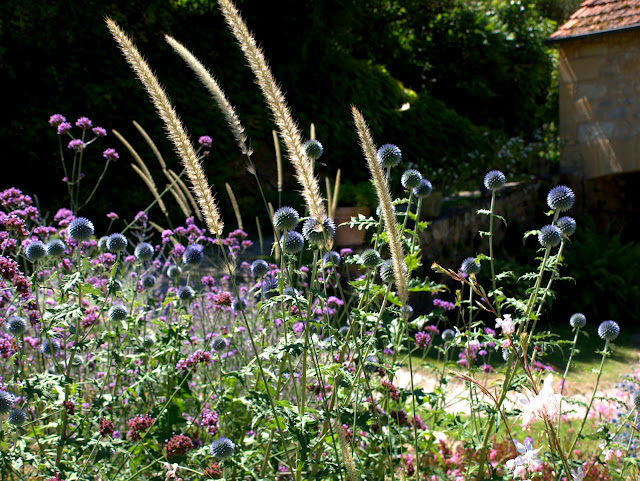 Globe thistle and the thin, bristly flowerheads of  pennisetum macrourum. The pennisetum is in it's first season so it'll need a year or two before reaching a good size. 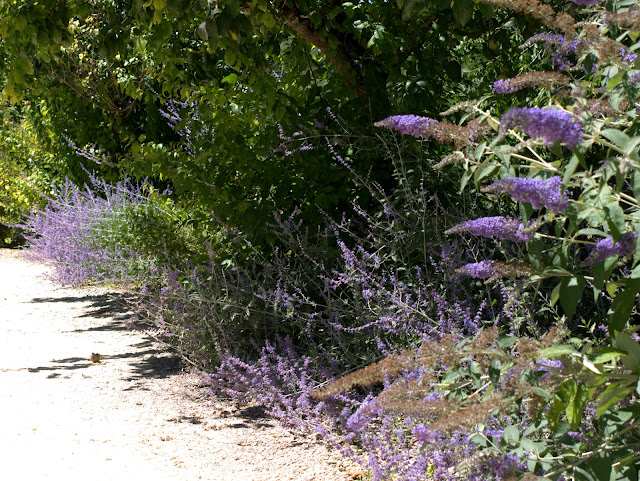 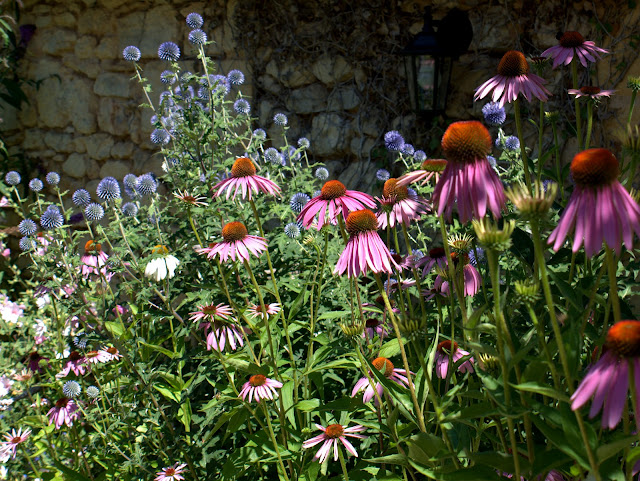 More globe thistle with echinacea purpurea. Again, I was suprised at how easily the coneflower self seeds. 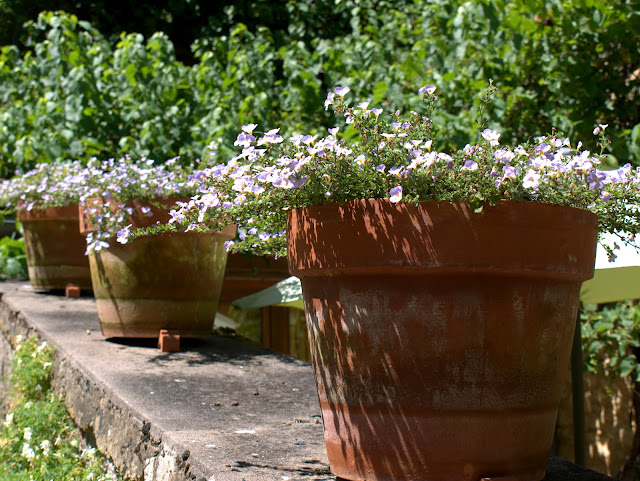 Finally, the best three euro I spent this Summer. Back in March, I picked up three small plants of blue bacopa at a euro each. They seem to be perfectly happy in their current position and have bulked out at some speed. I much prefer the lavender blue to the white.