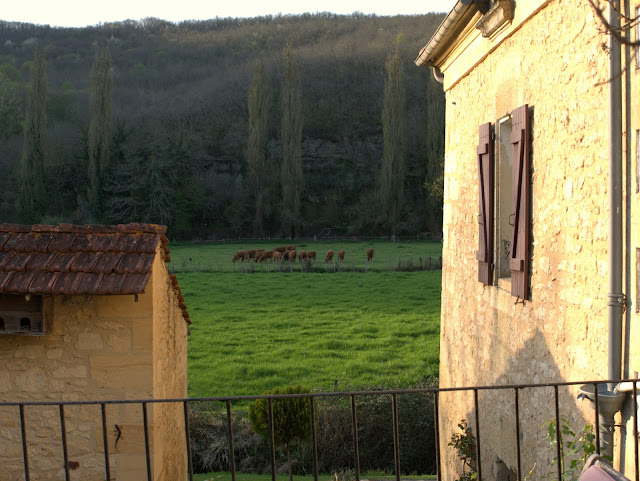 Any day now there will be a green explosion. The other side of the valley hums with just a suggestion of vert - next week it'll be cloaked. Today's 30 degree heat just upped the pace a little, it's all change. 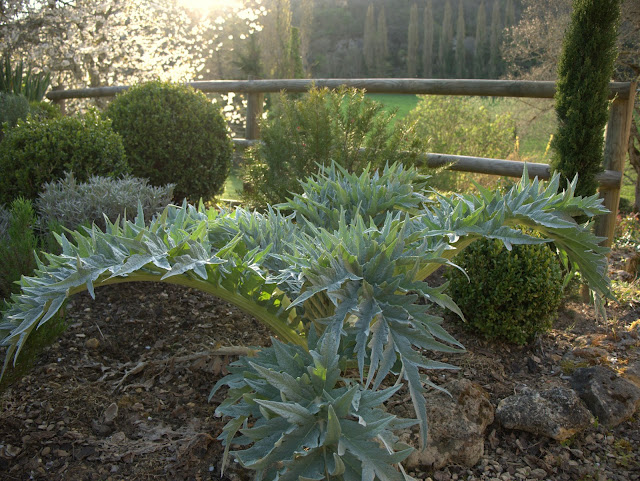 .
The cardoon's romping away and I fear it's going to be too big for its space. It's leaves have doubled in size over the last week or so. 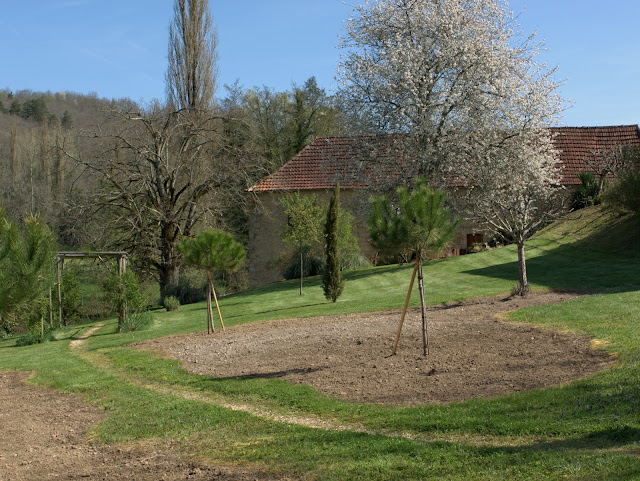 The meadow area is ready. I borrowed a friend's rotovator to till the soil. So much easier than with a spade as last year. Seeds were broadcast last Thursday, hopefully an even distribution, and already there is evidence of germination with just a tinge of green  starting to appear. My only concern are some patches of bindweed to which I can do only so much to control. 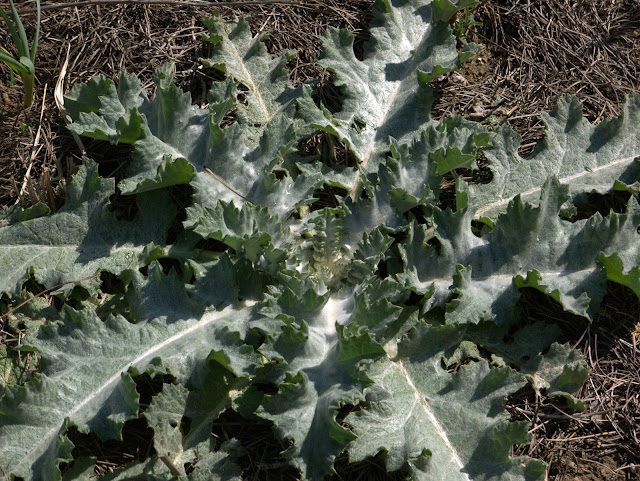 Almost daily, the 'rosettes' of Scotch thistle, onopordum acanthium enlarge. They're going to be big and with an impressive vertical extent. Thistly brutes with the best purple thistle heads. 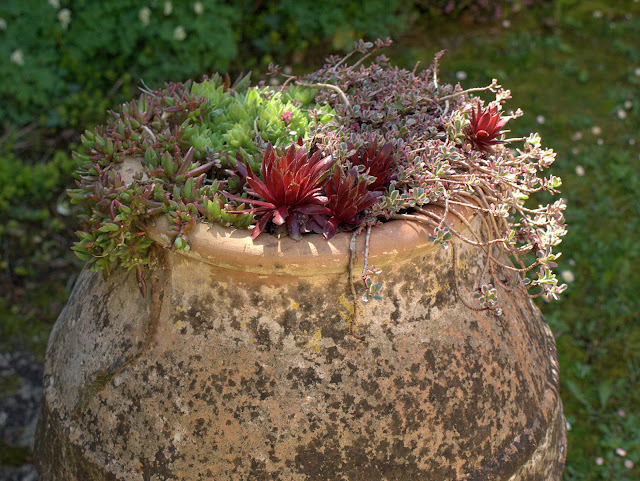 Fattening 'fingers' of delosperma and the swelling foliage of sedum are filling out at a pace.  Summer is poised. 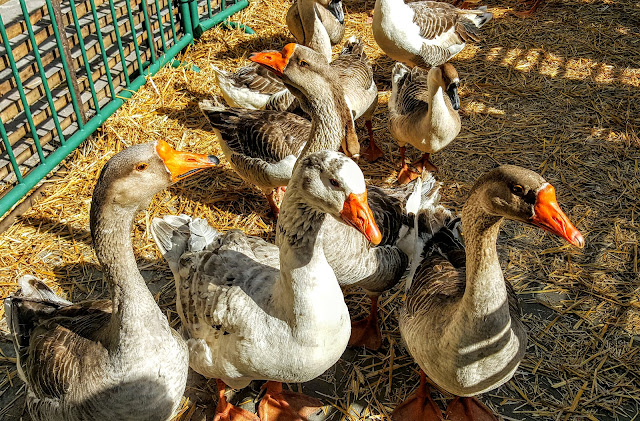