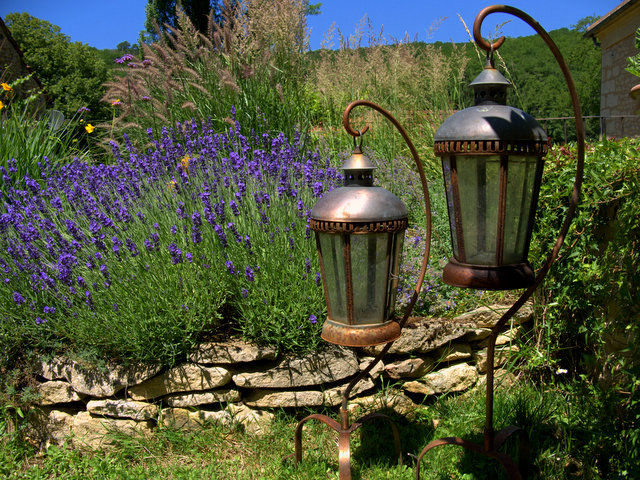 I'm not sure what variety of Lavender this is, but every year it's an absolute triumph - initially the buds are denim opening to the purest blue and it flowers for ages. It's certainly not phased by this continuing hot Summer. Yesterday's temperature peaked at 39 centigrade, though one or two spots across the south west saw 40 degrees and Friday could be hotter as another blast of hot air wafts up from Spain and the African Maghreb. 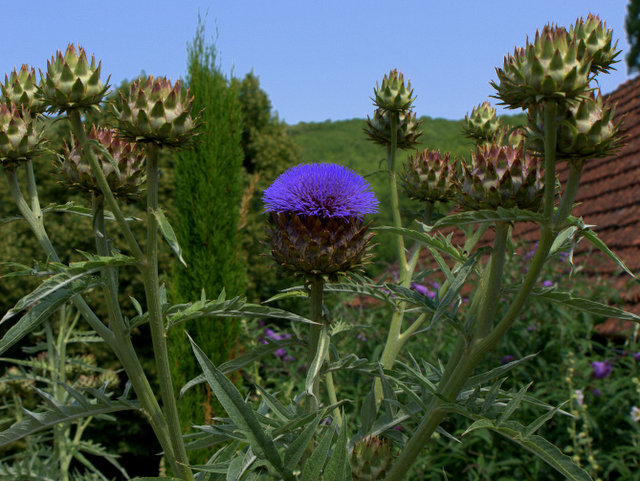 The cardoon is starting to flower. The 'choke' takes on an almost electric quality somewhere between magenta and blue - luminous in the evening light and for a few short weeks my absolute favourite. 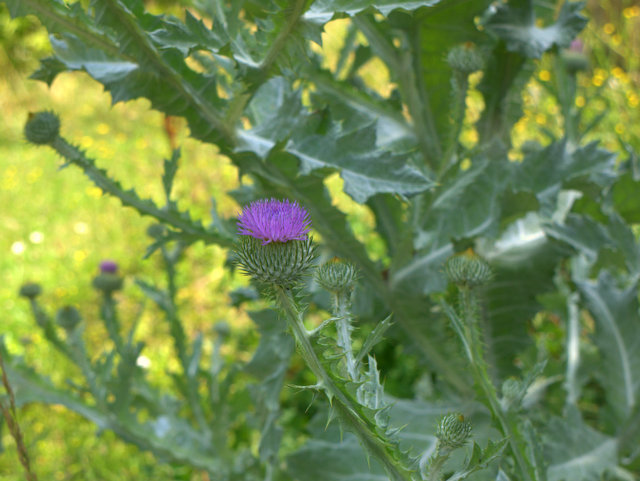 The Scotch thistle, onopordum acanthium, a pollinator magnet as common to so many members of the asteracaea family, stands around six feet tall and is a handsome beast. It's the thistle featured on the back of some £1 coins and as the 'crowned' thistle on the back of the 5 pence coin. A gem. 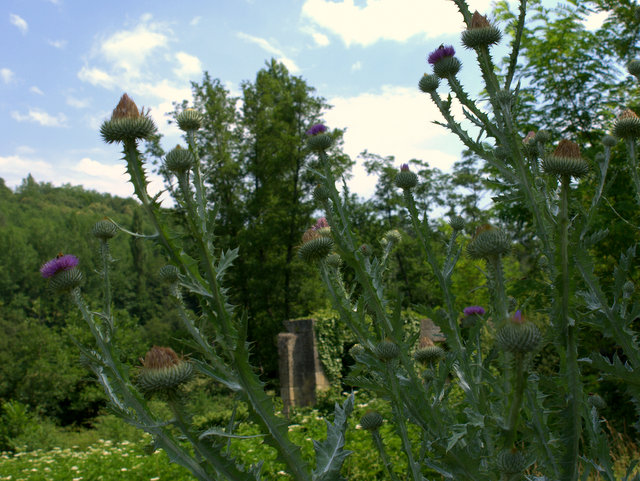