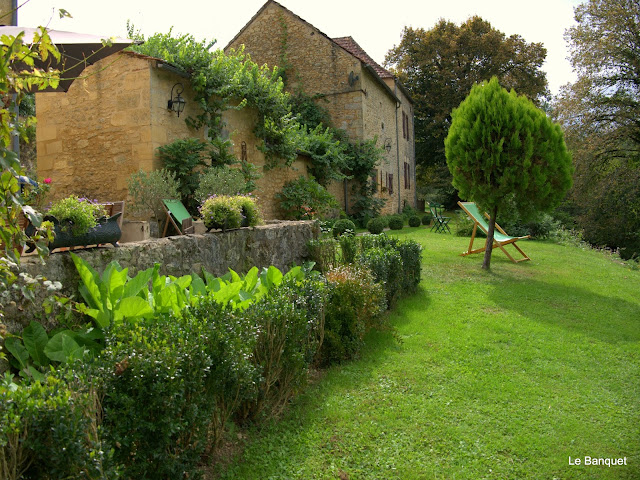 Everything's 'greened' up since late August. We had two belts of heavy rain pass by during the month which took the pressure off the worsening water situation and got things growing again. Now as we head towards mid- September everything is that bit more turgid and under a softer sunlight the garden looks so much better.

The low box hedge, growing by La Fermette which I clipped back hard in February is starting to leaf out nicely. This is such good news as it was a freebie - a rare thing - and even though there is every re-assurance that box is tough and slowly it will respond, there's always an element of doubt that there may be a casualty.

As a temporary filler  (it's a parterre remember) I grew annual cosmos which managed to look awful by the end of August. Quite how cosmos fails is a mystery as it's probably the easiest annual to grow, but fail they did, so I pulled the lot which gave more light to the self seeded nicotiana sylvestris - a bunch of volunteers courtesy of a disturbed seed bank -  and which now looks likely to run up to flower as we really get into Autumn.

I thought long and hard as to what would be the perfect plant(s) to provide a more permanent solution to grow in this particular spot, the old 'right plant, right place' adage which led me to hydrangeas. It's a part sun location, capable of better water retention than other areas by the river and a half decent soil which I'll enrich with composted cow manure! 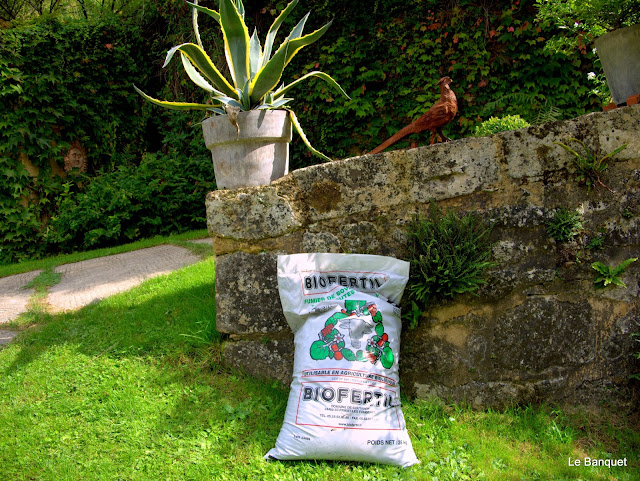 Is a sack of dung worthy of a photograph?

As to the hydrangeas, I decided on two paniculata types, 'Unique' and 'Vanille fraise' 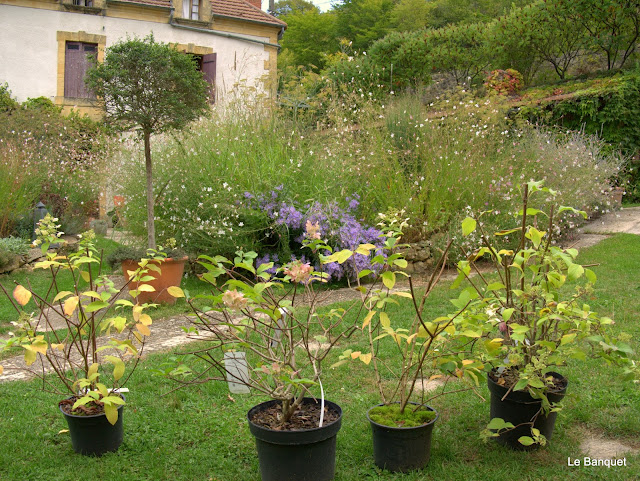 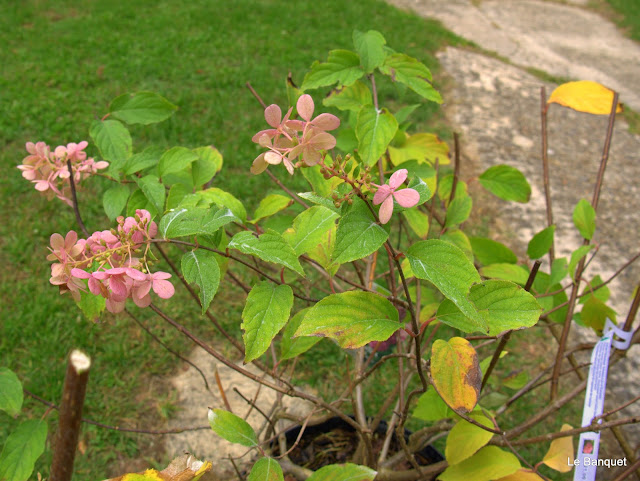 The blooms aren't exactly at their best right now. I had to trim most of them off to get the plants into the car, but fingers crossed, next year, planted with Japanese anemones (I am planting the dark pink 'Pamina') they should make a great association.
box hydrangea paniculata japanese anemone