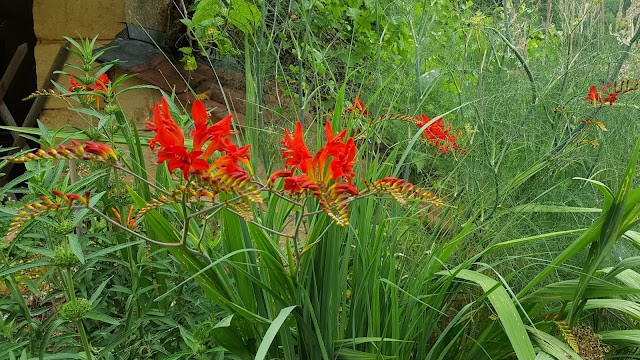 Despite the 100 degree heat and a little supplemental water, seems that the garden is just fine.

The border that runs alongside the path by 'LeTournesol' down to 'La Fermette' (gites at Le Banquet) is just coming into its own and is looking better than in previous years. Crocosmia 'lucifer' is just firing up. 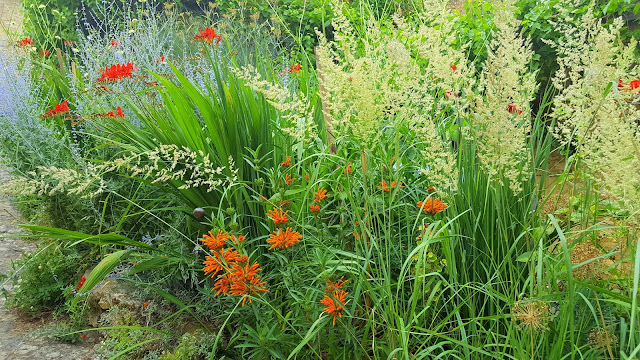 I've completely forgotten the name of the grass in the foreground, but behind is Panicum 'Northwind' and just to the left are the first 'whorls' of Leonotis leonurus -the lion's tail - which promises to really be something once it reaches its pomp! 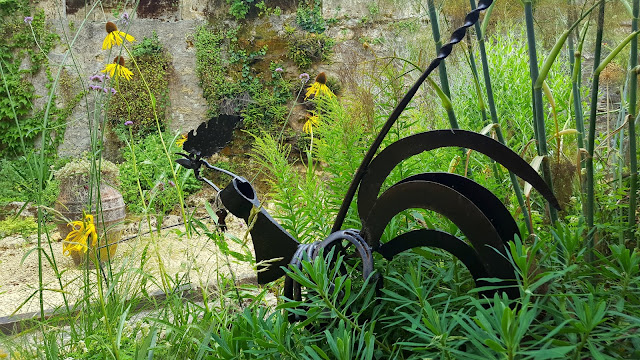 Finally Echinacea paradoxa comes into bloom. I say finally as I sowed the seed three years ago so by my reckoning a year late to flower, but let me point out, worth the wait. who doesn't love a yellow coneflower? 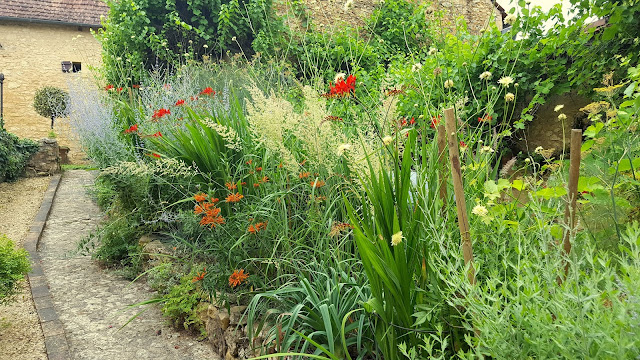 Here's another view. Note the tall 'pin cushion' heads of the giant scabious. They rise up to about six feet and 'bob' airily above everything else. The blue at the top is the Russian sage just starting to flower. 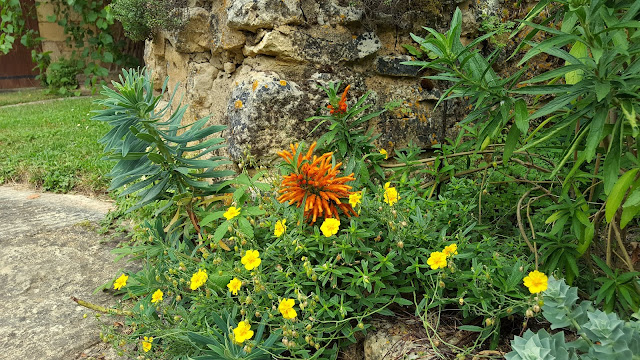 The last fading blooms of Helianthemum. I have the rock rose growing all over the place though its season is finished for now. 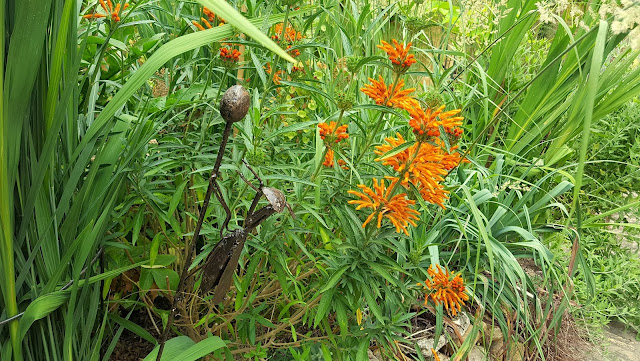 A final view of the beginnings of the 'Lion's tail' with my 'insect stick' just to the left. Ill re-visit the blooms of Loenotis later in the month.
crocosmia echinacea paradoxa helianthemum leonotis leonurus lions tail panicum