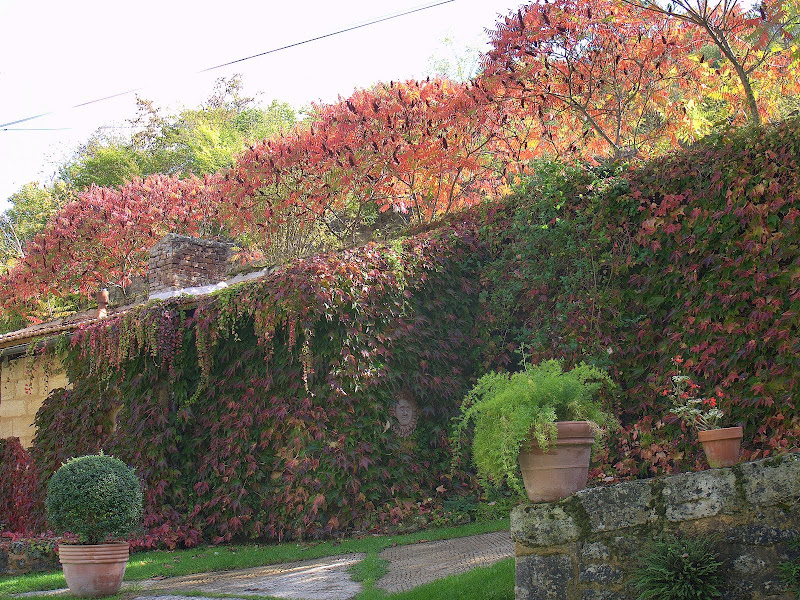 Finally the garden becomes more convinced that this is in fact October and Summer has past.

They've been a long time turning, but both the Virginia Creeper and the Sumac trees are starting to 'flush'. It all seems later this year. I know the reduction in daylight plays it part, but the unseasonably warm start to the month appears to have held things back a little.

It's been so mild in fact, that Karen and I sat outside with friends on the terrace until 1a.m. on Monday night, not usual at this time of year but hey, we profit from this kind weather known as a Spanish 'plume', an airmass with a long southerly track, it's origins in North Africa and which now bathes this corner of south west France. 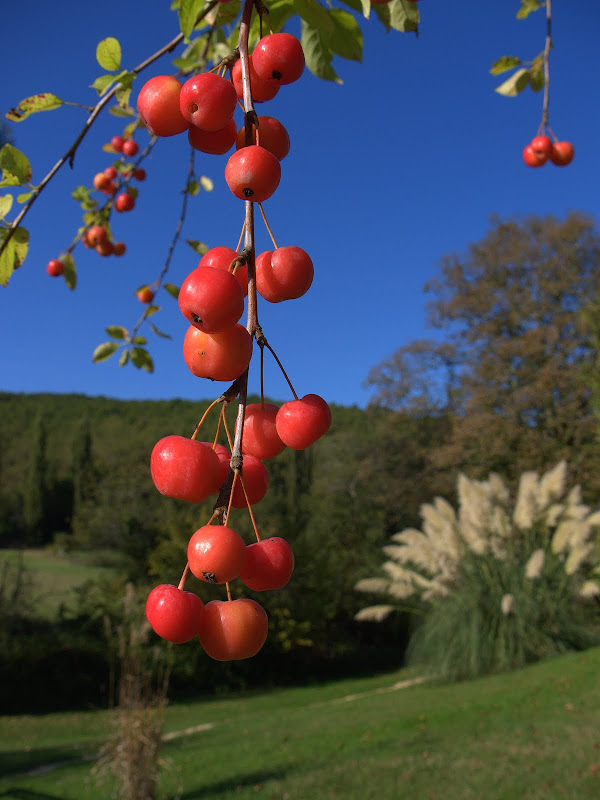 This is the latest addition to the garden. Malus Evereste, a beautiful crab apple. The fruits look stunning and by all accounts the blossom is really something.

I've taken every effort to give it the best start possible, digging a hole twice the width of the tub and quite a bit deeper, shovelling in loads of compost and a good handfull or two of blood and bone which you can see pictured below

I'm so pleased with this tree, I wish it would reach maturity in say, a season but, patience is a virtue, right? 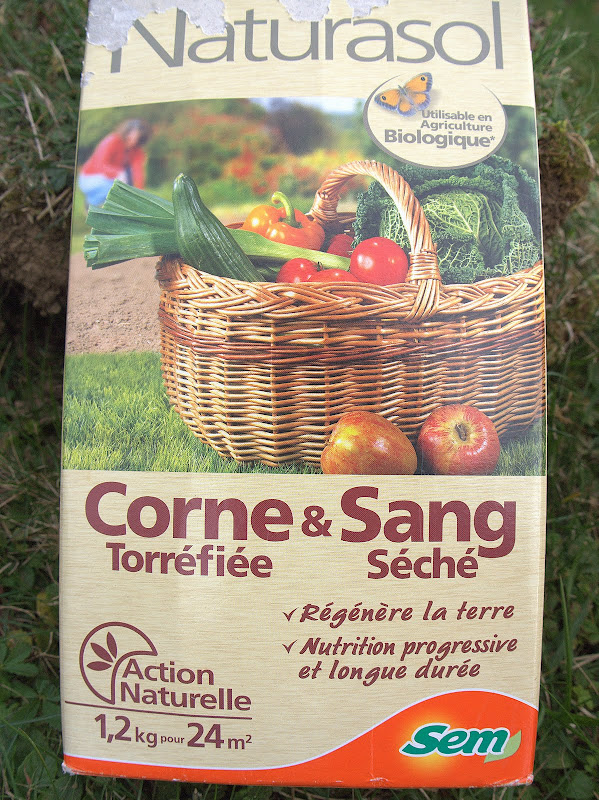 This rose shouldn't be here. It struggled for the first couple of years and I thought it was simply going to expire. Amazingly it's put on loads of healthy growth this year. I say amazing as I did my level best to neglect it. I planted it to replace an old rose that died in exactly the same spot. Little heed was taken about replant sickness and little ammendment was made to the soil at time of planting. To add insult to injury, I thought it was called 'Danse du Feu' but actually it's closer in appearance to 'Danse des Sylphes' though the bloom colour is a darker red. 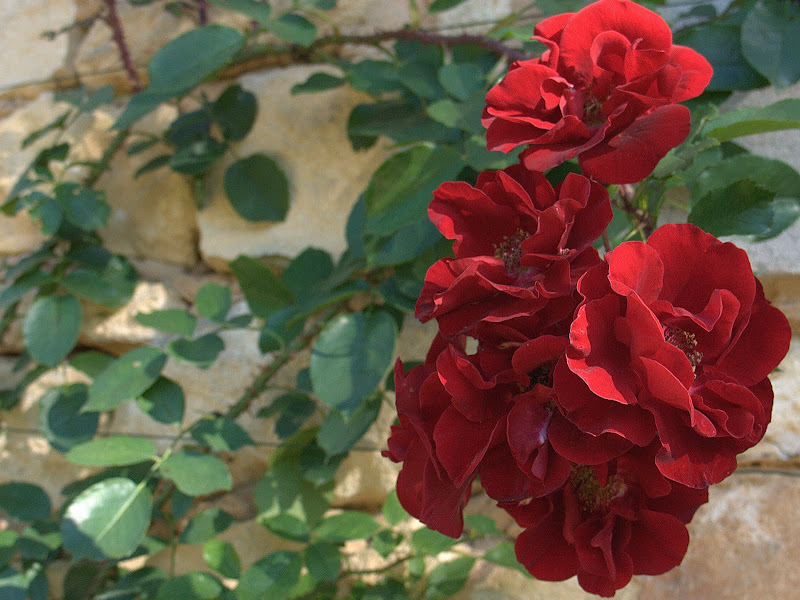 Finally, the rougest of the rouge, dahlia 'bishop of llandaff' which has bloomed better in a pot than it ever did in the ground. 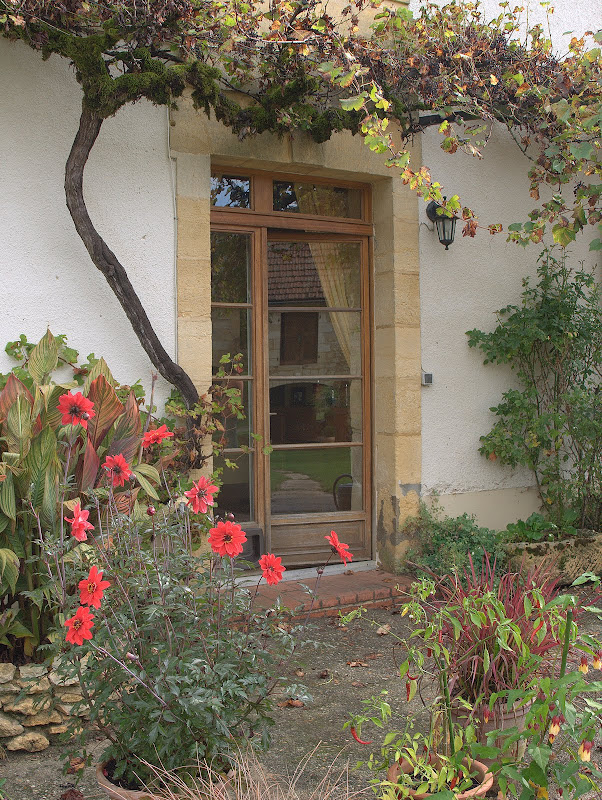