Hollyhocks, rust and me 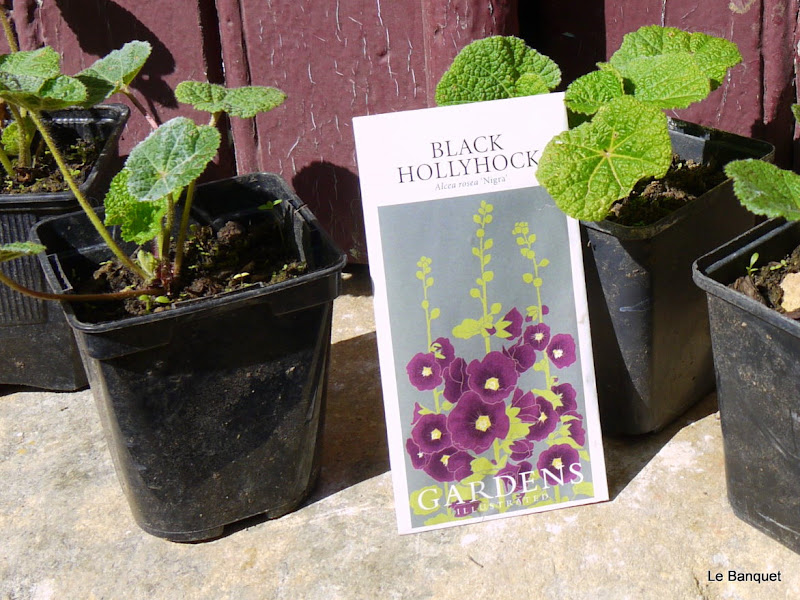 I love Hollyhocks. They are hugely popular over here and seed themselves around in so many locations, each 'volunteer' placed with more panache than any gardener can. I need to grow hollyhocks but for me there's always the small problem of rust. I'll say that again, RUST.

I guess it's just a case of rust and me. Last year I planted Malva sylvestris 'Primley blue' which started off doing just fine. Sure enough as time went on the rust crept in. I say crept, rather it engulfed the entire plant and by the end of the summer it was a complete mess.

Still I press on. Late last summer I received a free packet of Alcea rosea nigra seeds with Gardens Illustrated magazine. Sown as per instructions and overwintered in my cold frame, these have become strong little plants sprouting more and more from the base as the temperature continues to climb but then no, wait a minute, brown spots appearing on some of the leaves, RUST!

Determined to have hollyhocks, I've brought a number of Alcea ficifolia, hybrid of the fig leaved hollyhock which is more resistant to rust and insurance should my others badly succumb to the disease. The only trouble with this is that the colours are mixed so I don't know what I'm getting, they flower in shades of yellow through pink to red, so who knows. 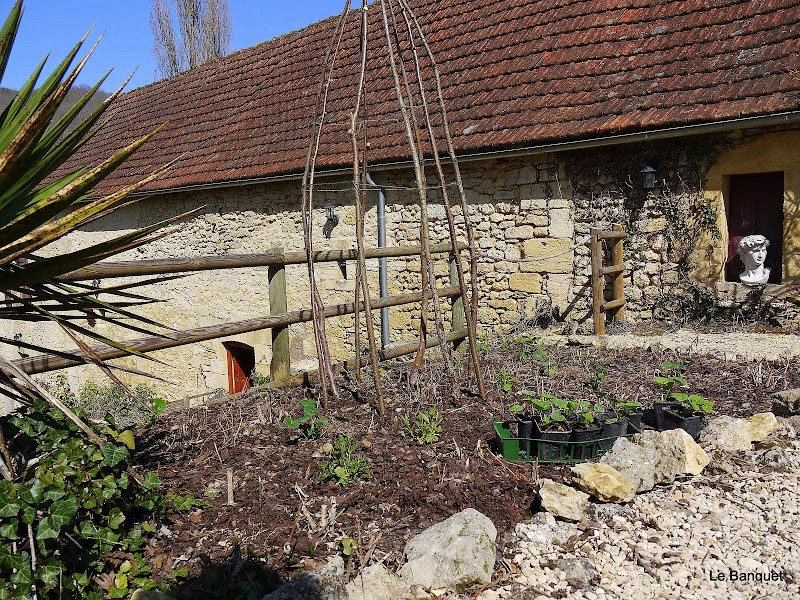 Above is the bed where the hollyhocks are being planted out. Incredibly, most of the self sown Verbena bonariensis from last year has green shoots appearing, I really thought this winter's weather would have knocked them out but they're OK, there's a lot to be said about leaving the old stems and foliage in place as it offers protection from the frost. This gives me a head start as any of this years self seeding plants are unlikely to flower before July. 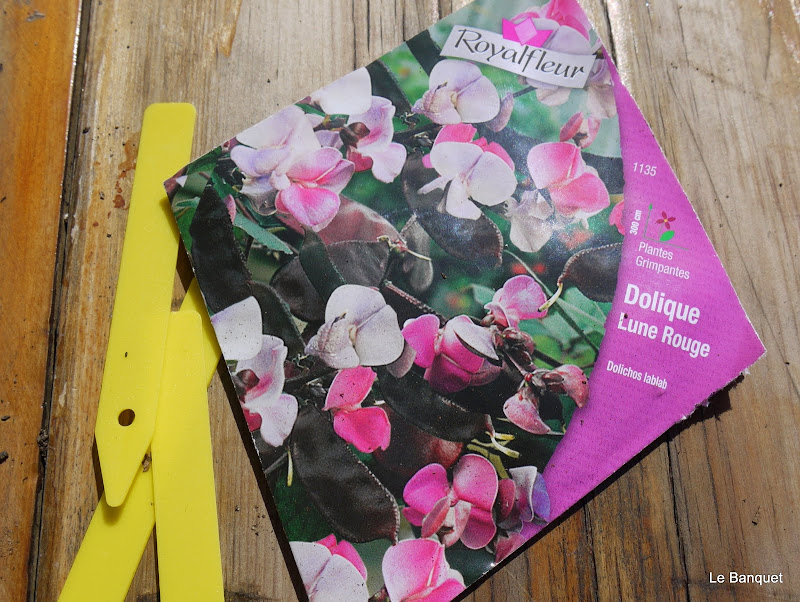 I've decided to grow Hyacinth bean this summer. The teepee in the middle of the border has 'sweetpea' written all over it but it bakes up there and mildew is likely to be a problem so I'm hoping this will be the answer. It may be a bit vigorous for the height of that twiggy structure, it's only two metres tall or so, but it'll just be a case of see what happens, which also applies to the wisdom of pairing it with hollyhocks, they may look good together or not, we'll see. 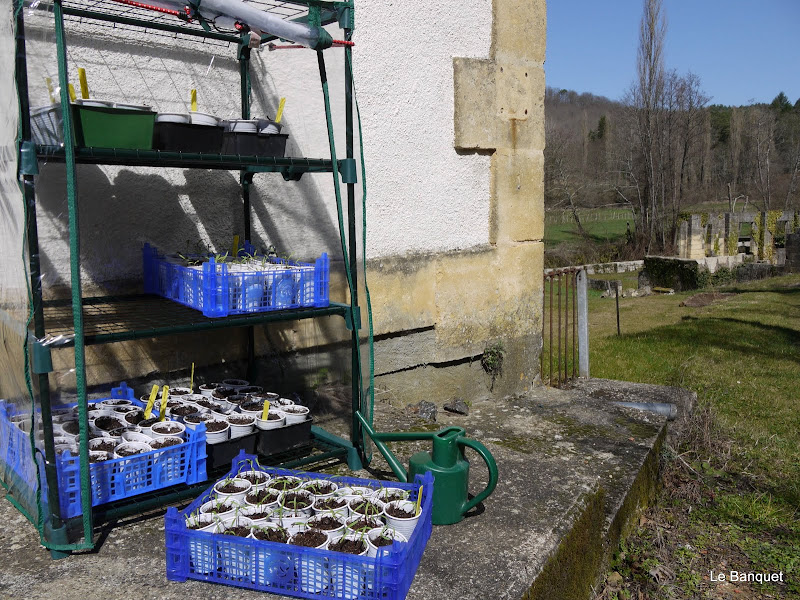 Finally, seed sowing is underway. I've planted a number of perennials which will flower next year and saves a small fortune growing from seed. Amongst their number are Echinacea 'Pink parasol', Nepeta transcaucasica 'Blue infinity', Verbena hastata 'Pink spires' and others.

The little blue crate has seedlings of annual Cosmos 'Sensation radiance rose' and 'sensation picotee'. The plan is to weave these through the hollyhocks and verbena bonariensis. Incidently, I must mention that the cosmos germinated in two days. No word of a lie, I seem to have quite good results using the plastic covered shelving system pictured, affectionately referred to as HQ!
cosmos echinacea hollyhocks hyacinth bean seeds teepee verbena 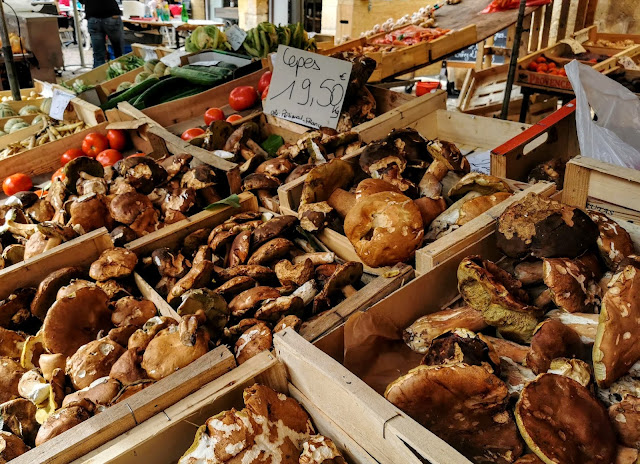 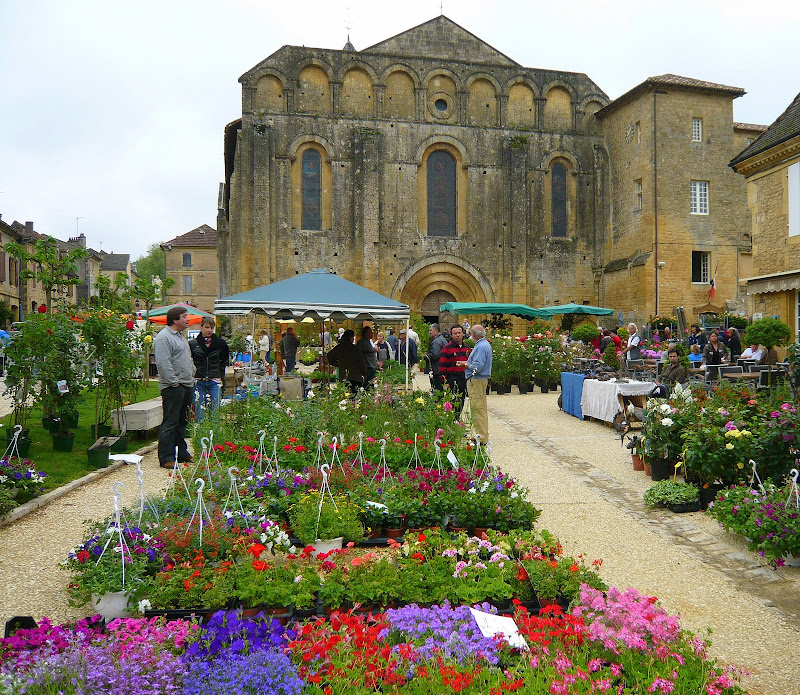