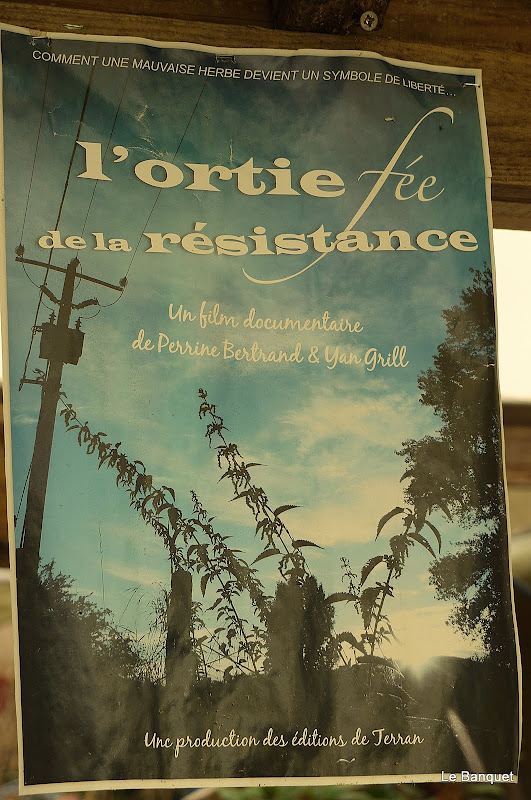 It's seems that 'bio' or organic fairs are popping up all over France. None more so than here in deepest Perigord where rural traditions and 'old timey' horticultural methods have never departed.

Last Sunday we visited a 'doors open' weekend at a farm that specialises in all things bio, particularly small scale manufacture of 'purins' or natural brews which bring many benefits to the garden. An open door weekend is in fact something of a small fete with numerous stalls and activities taking place.

The photo above is of a poster pinned above the entrance to the farm. It's a promotion for a documentary released a couple of years ago. 'The Nettle Fairy of the Resistance' is a close translation, the film argued against the power of the large agro-chemical companies whose influence in government led to some strange and unfriendly French law, an example being to outlaw the manufacturing for sale of nettle soup, or 'purin d'ortie'. The humble nettle is now the symbol for a groundswell of French opinion and desire to reclaim better methods of husbandry for the planet as a whole. The law has recently been relaxed. 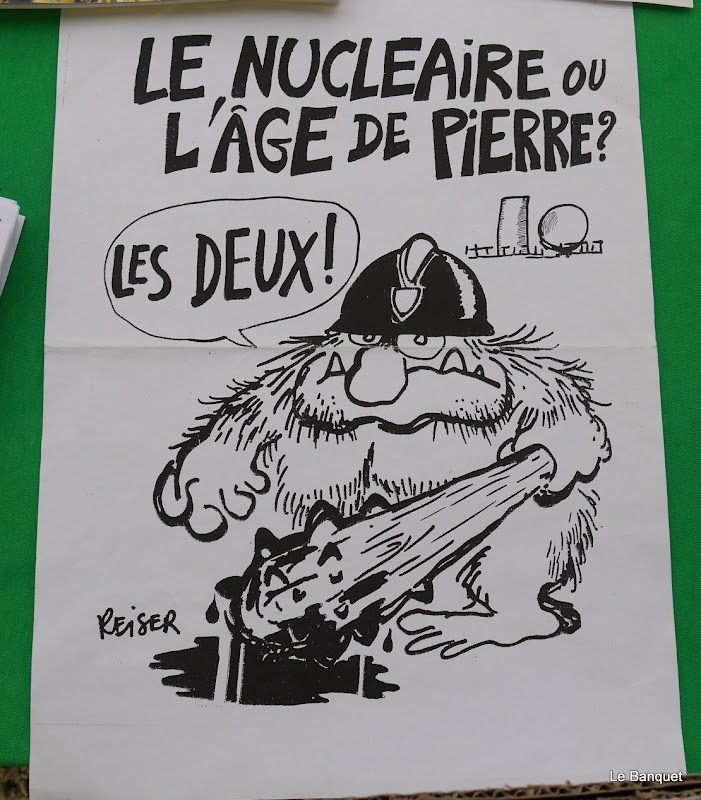 Following the terrible events in Japan, like everywhere, the nuclear issue is again at the fore. Nuclear power is the primary source of electricity in France, generating some 79%, the highest percentage in the world. The anti - nuclear contingent were present at the fete, you decide. 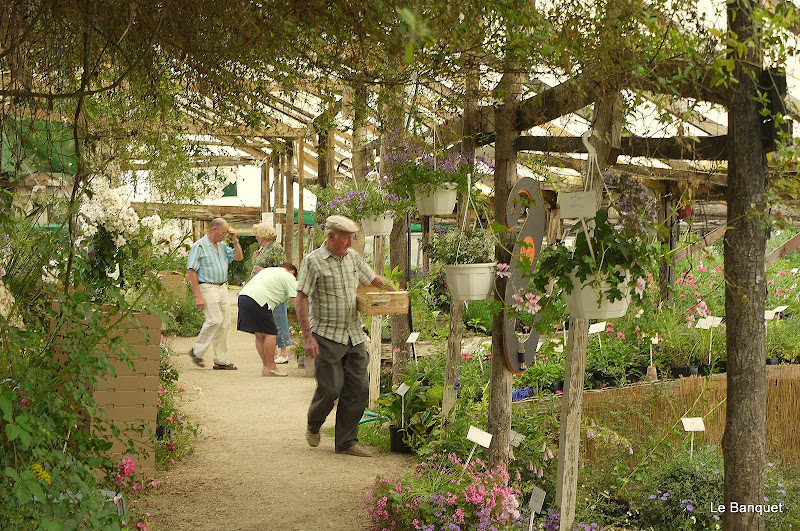 The farm's plant sale area was charming in its disorganisation. You never know what you may stumble upon. 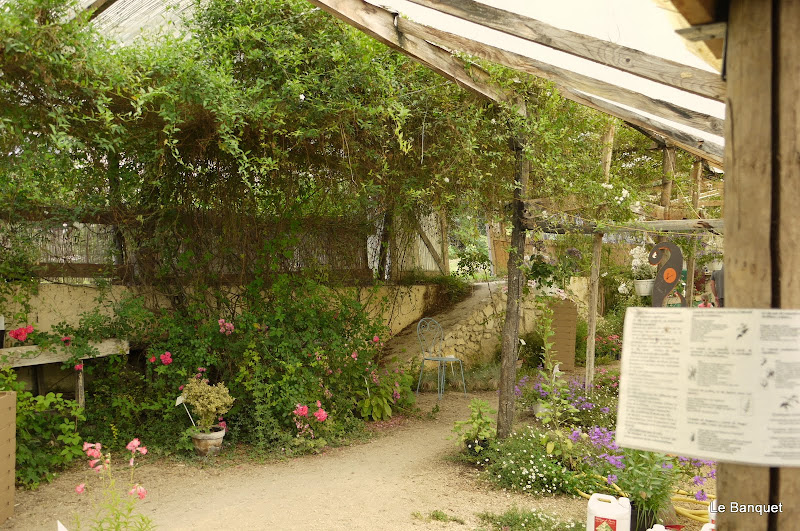 But then that's part of the charm. 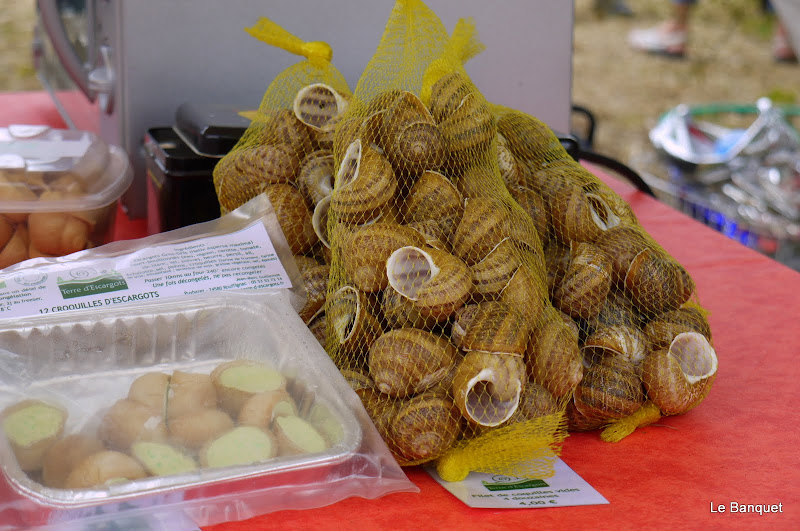 L'Escargot are still very popular in France. This stall was doing a brisk trade, and for those that maintain that snails are just a good way to get at the garlic butter, well they can be prepared in many ways, for example in the Burgundian style of gently poached in red wine (a burgundy of course) to name just one. 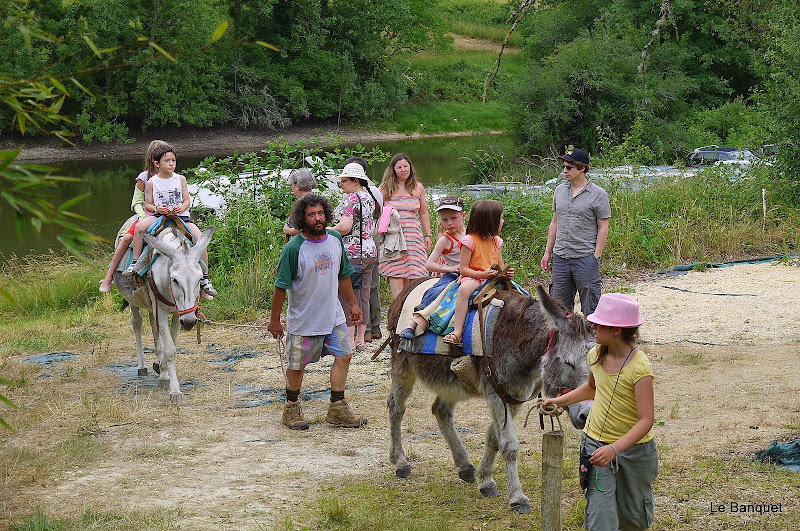 Kids were well entertained. Donkey rides down by the small lake, a story teller below. 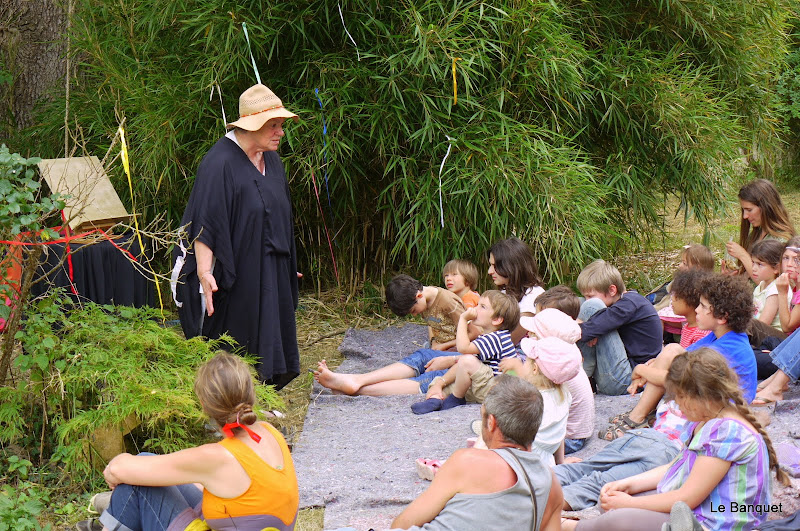 Another poster. The French create some of the most beautiful poster art. It basically reads 'Less pesticides, more life'. 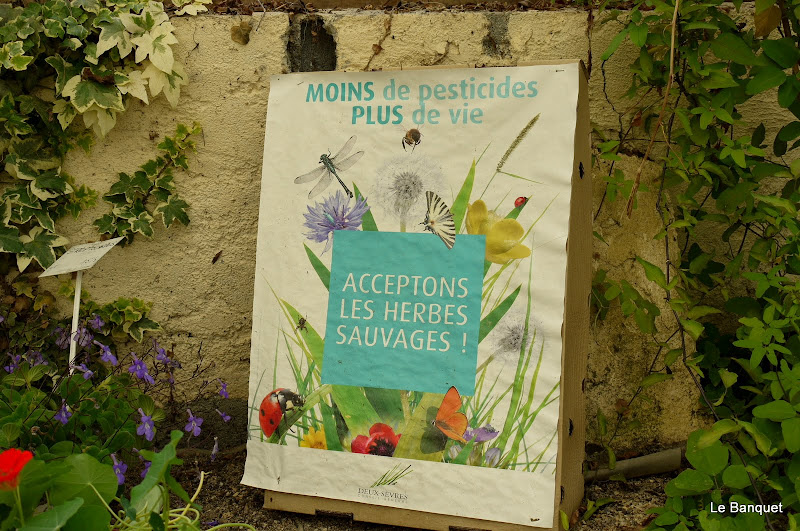 Oh and another one for Savon Noir, a handy little soap which acts as a good pesticide. I posted about it here. 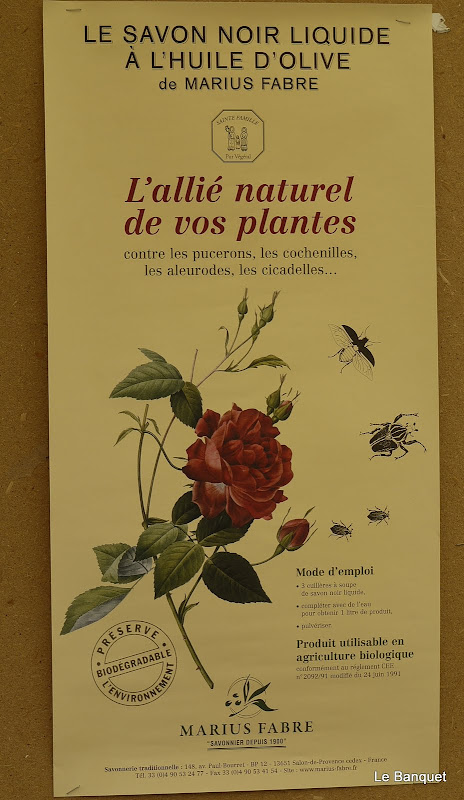 Another poster, this one promoting Stevia as an alternative sweetner. You could buy small stevia plants at 10 euro a piece. 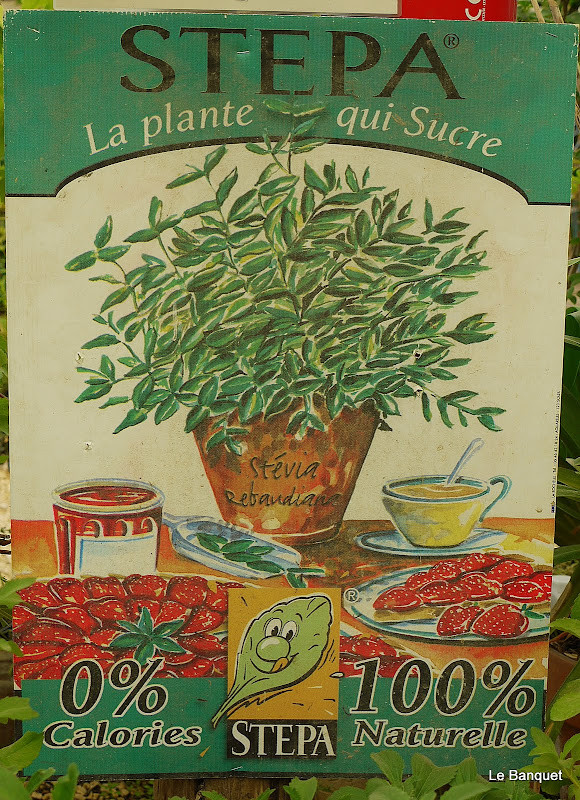 Finally, I purchased 5 litres of a good all-round liquid manure, composed of horsetail, comfrey, nettle and fern. I've made my own nettle soup before, you can read about it here, but I need to give this melange a go. 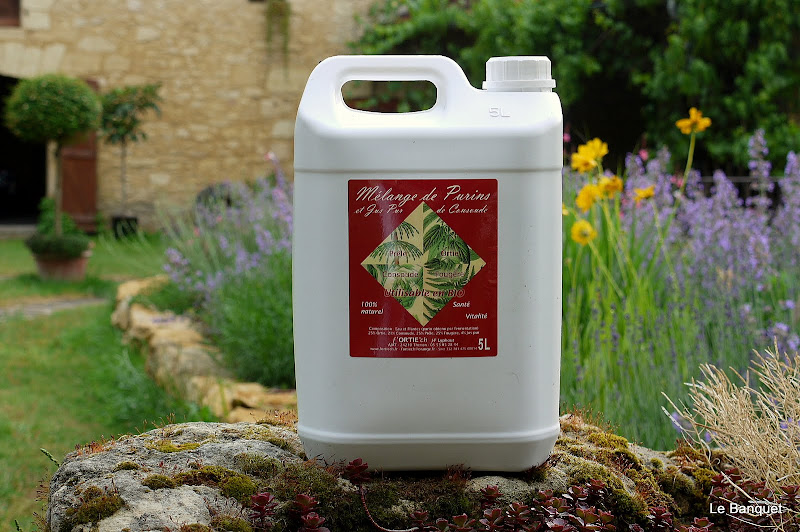