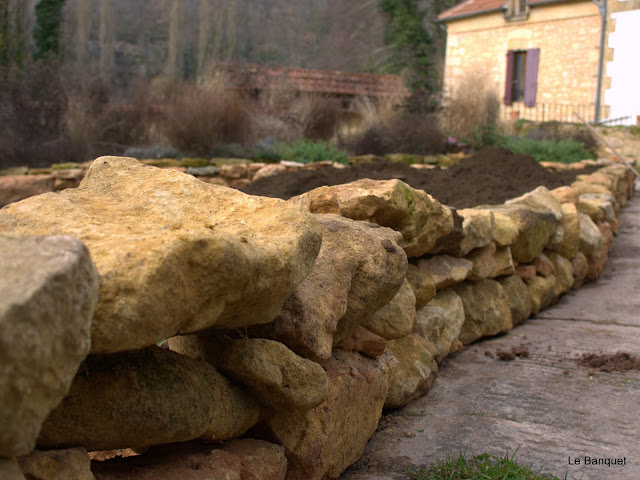 The stone walls for the new garden area are finished. Finally.

As ever, I found myself using all the choice pieces in the beginning which left me scratching around as I neared the end. Earlier rock rejects suddenly got back on the agenda and needed to be placed, it's a simple equation of choice versus scarce resource, but then it's always like that, given enough trial and error the result looks good.

This truck made six deliveries yesterday afternoon. Each time depositing about a metre and a half cubed of topsoil. Enough I say, begone. 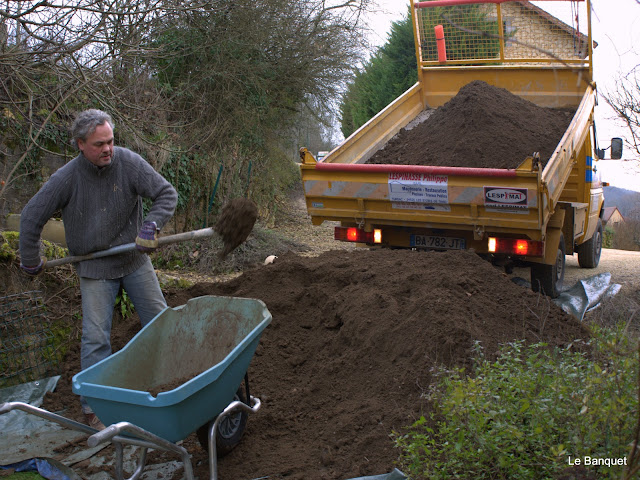 It's no fun barrowing it into the new bed. I admired its crumbly friability at first, but back ache took the gloss of that. 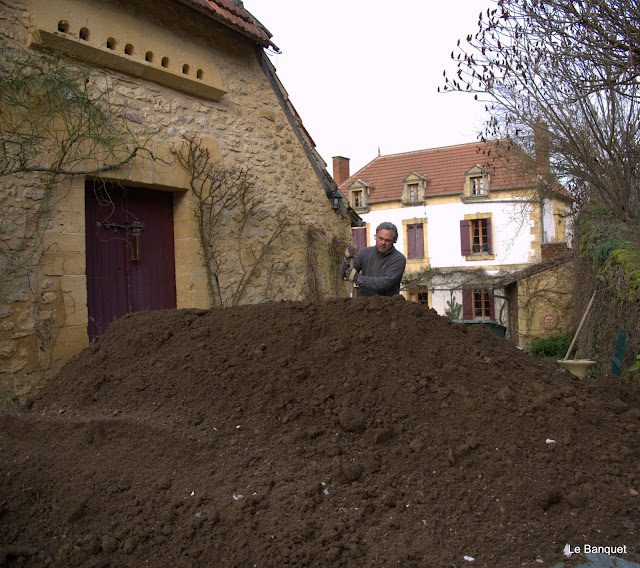 See the mini mountain. Eight cubic metres in total and a real job of work, but worth it in the end of course.

I'll finish moving it tomorrow before the weather turns cold. MeteoFrance are promising a Grand Froid from tomorrow onwards. A big chill hatched in Russia feeding its way on an easterly all the way to the Atlantic coast. No thanks, Brrrrrrr. 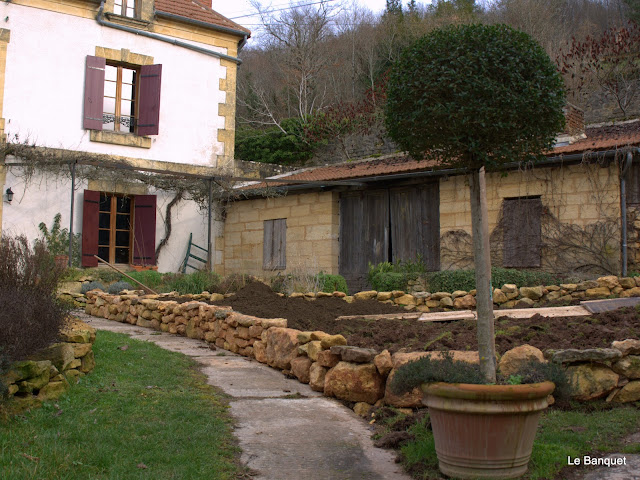