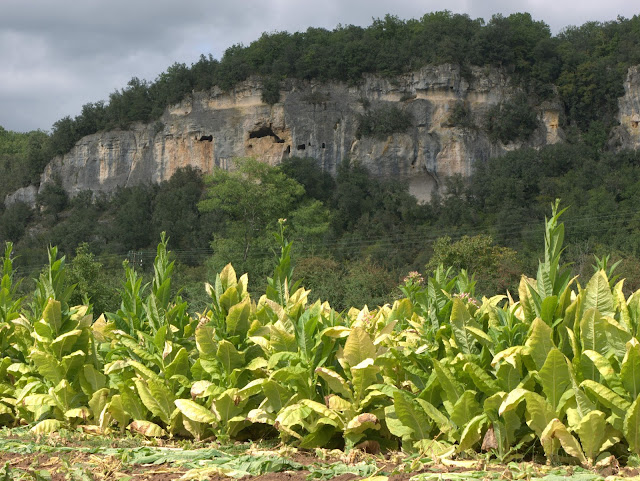 In the fields that flank the Route du Sorcier between Les Eyzies and Le Bugue, the tobacco harvest is well underway.  I doubt that Nicotiana has many years left as  a crop - for obvious reasons - but once it was big business here, possibly the biggest. Such was its importance to this area, there is even a museum in Bergerac dedicated to the 'weed', but note, as in common with all public places in France, no smoking allowed inside!

I found this photo (courtesy of Panoramio) of one of the many paintings inside the museum. Dating back to the 19th century and it's plain to see;  ahh to smoke, what a spiffy chap it makes. 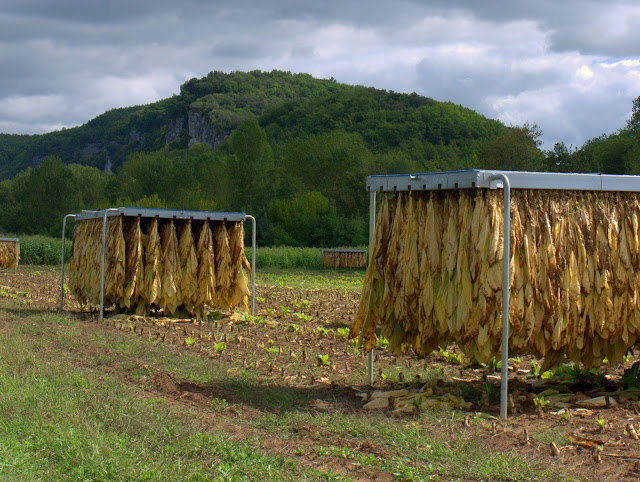 I dare say that scenes such as above, tobacco hung to dry, was a much more prevalent part of the landscape. 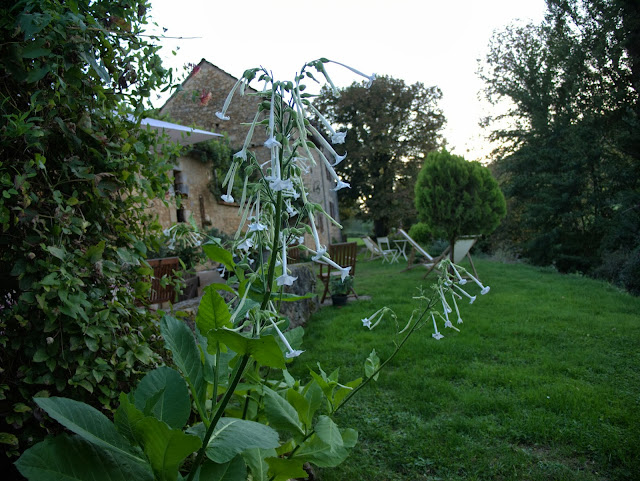 Tobacco's not so rare with me. Nicotiana sylvestris, which I grow on a 'corner' down by the river, comes alive as daylight slips into dusk. Being moth pollinated it's evening scented too.

Self seeded into a crack in the terrace below, the pink of what has to be a seedling from nicotiana mutablis is nigh on perfect. It first appeared last year and so I left it. It has volunteered again this year, so again,  I'll leave it. 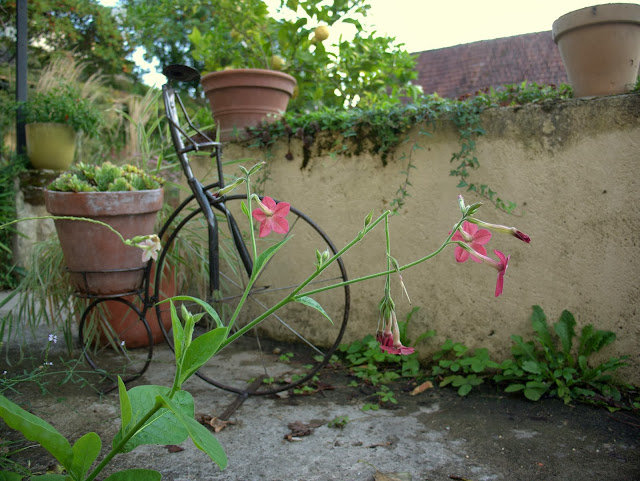