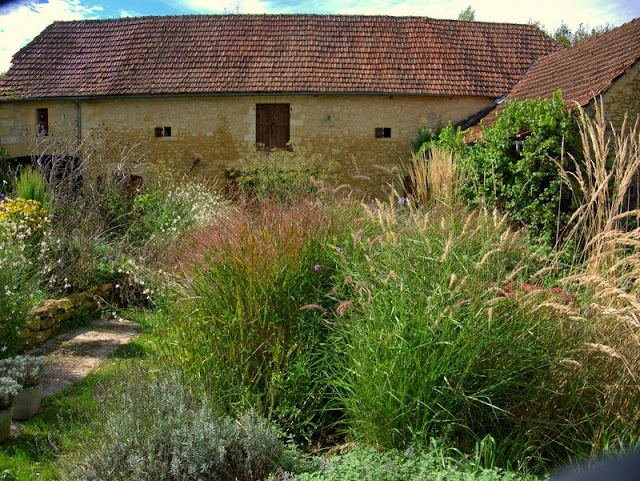 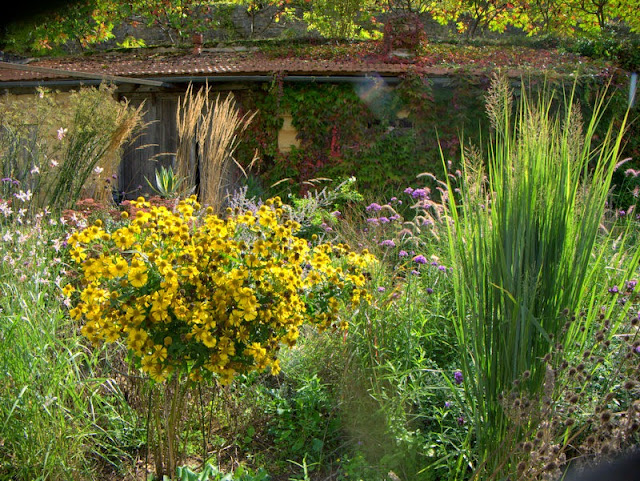 I have no idea which helenium this is. The yellow is stunning however and has gone on for months. It copes with it dryish too - bravo whatever you are. Panicum 'Northwind' is a star. Verbena bonariensis a thug. There's is nothing that self seeds so profusely in my garden, to the point of distraction as it's an ongoing battle weeding out the seedlings which race away to flower in September and early October. 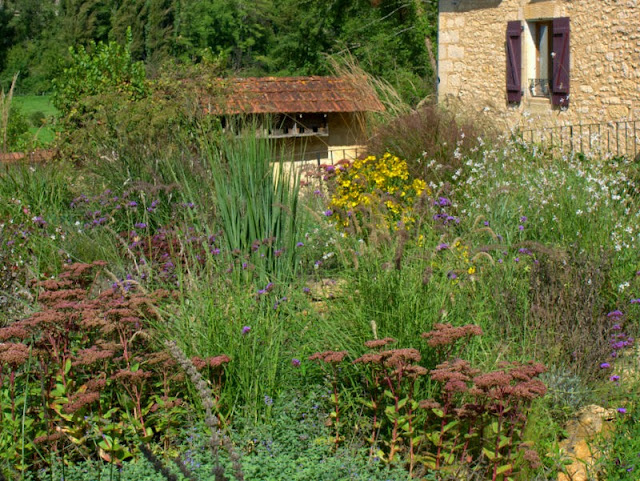 Sedum 'Matrona' with its red stems is undeniably beautiful, but in all honesty though I find good old 'Autumn joy' just as attractive at this time of year. 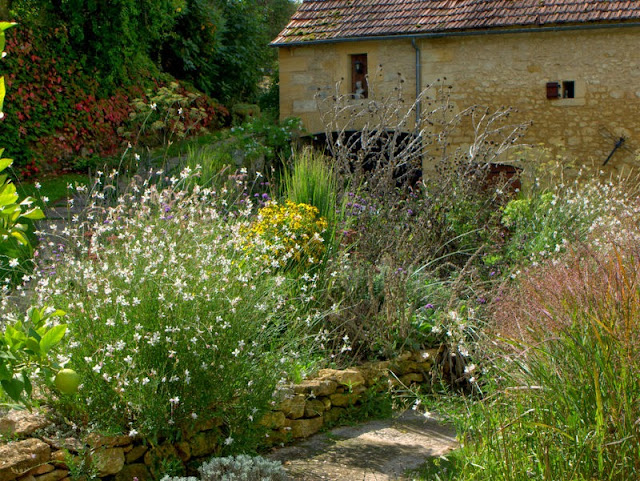 Another contender for the most prolific self seeder award - along with fennel - is the magnificent gaura lindheirmeri. The original white form does the best for me, 'Siskiyou pink' seems to have shyed away, reverted to white or whatever. Anyway, nay matter, the blanc is positively frothing and busting the 1.5 metre mark. 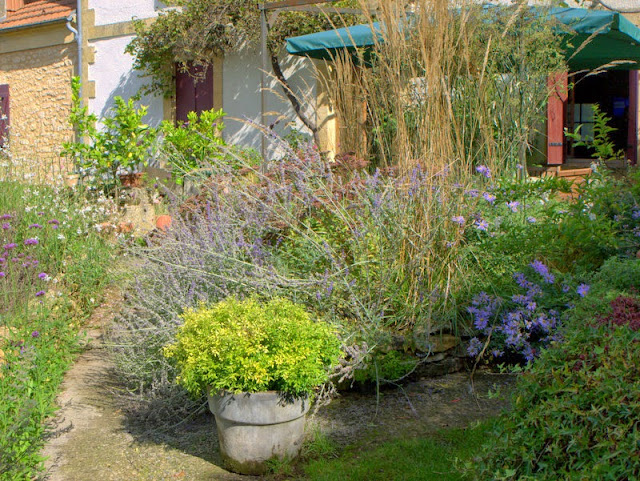 Perovskia and aster 'Fricatii' are slowing down.  Fricart's aster was in bloom way back in July so is good for four months or so. 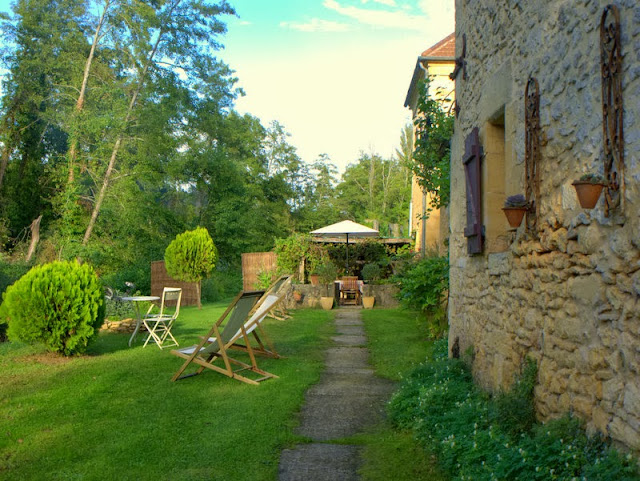 The grass has 'greened' up again down by the river and is so much better for that! Amongst the green of the ferns below, somehow, in the deepest shade a fig has seeded itself. Vigorously growing away, who says fig needs full sun. Seems perfectly happy though unlikely to fruit where it is. Fig, by the way, is another addition to the prolific self seeders list. I frequently pull them from crevices and unusual corners. 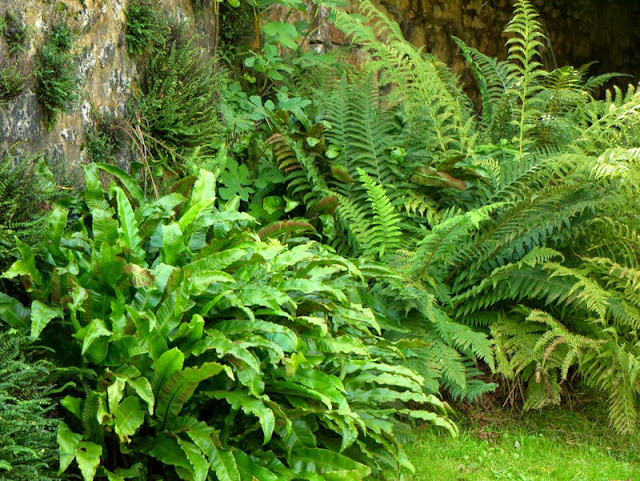 Sun god is shaded by the ever reddening leaves of virginia creeper. 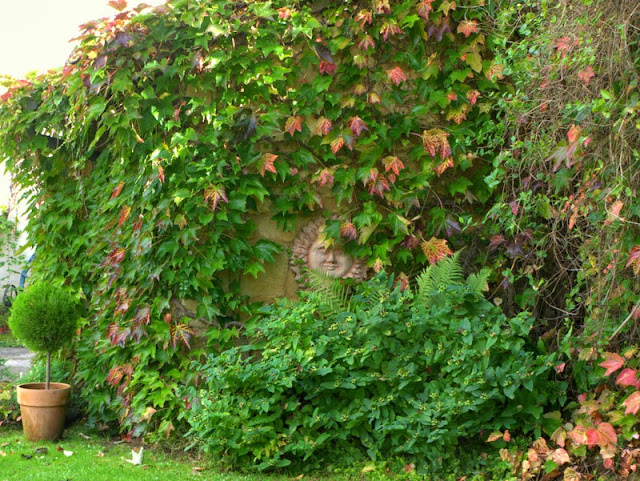 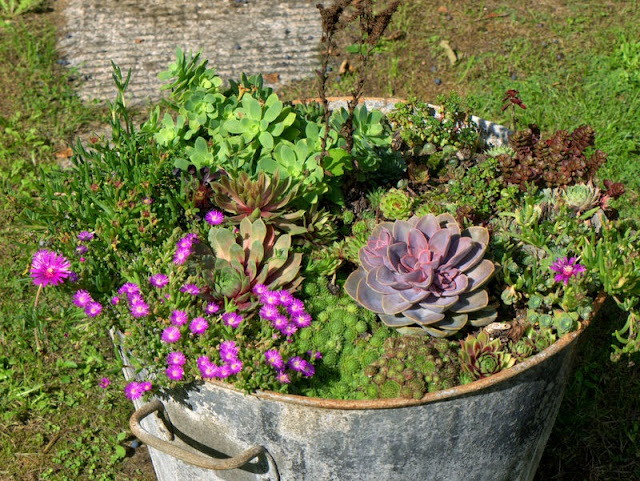 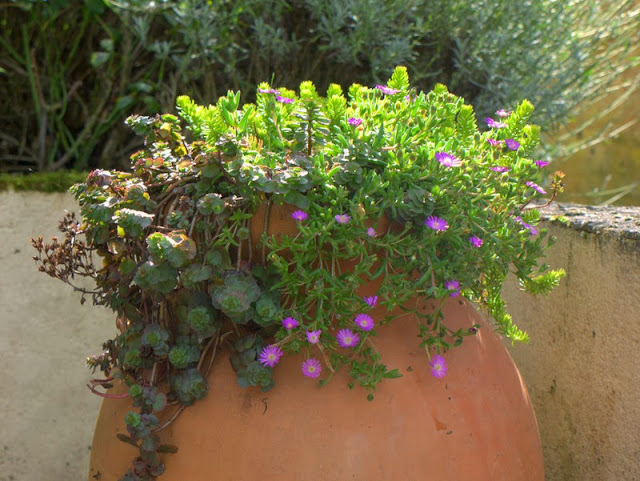 The Pampass has 'pamped' again. I'm so glad they've made a recovery after being 'hammered' in the Grand Froid of two years ago. I reckon they'll be in full swing in another year or so. That's miscanthus sinensis  'Juli' to the right. 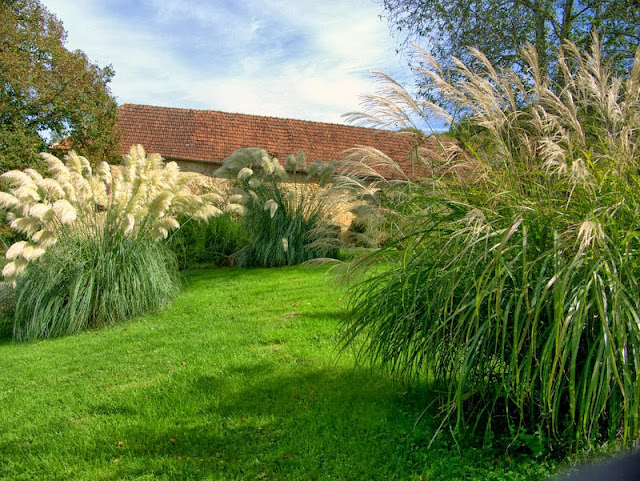 It's a big beast stretching 7 feet high and as much wide. 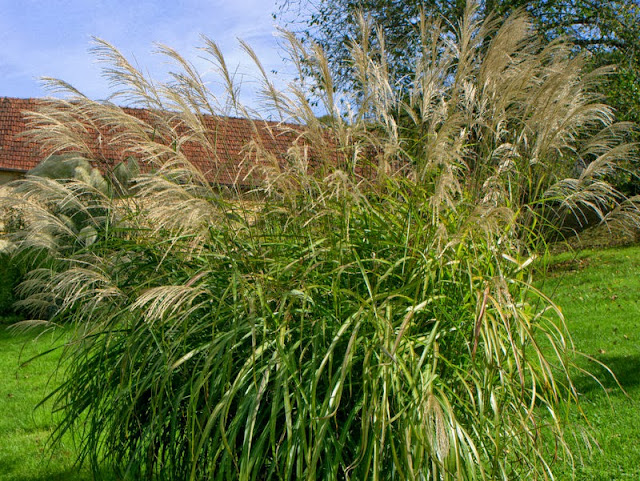 Miscanthus s. 'Malepartus' isn't quite as impressive as I imagined it would be. It's only year two, so next year maybe. 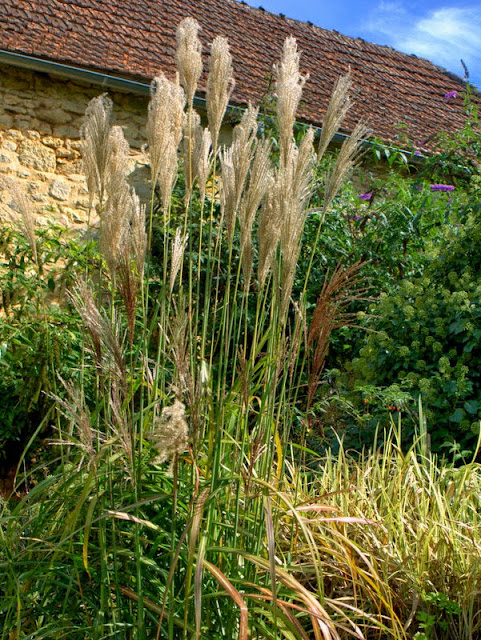