April 19, 2009
Well sort of. Actually these are Wisteria photographs taken along a number of lanes.

OK, at this time of year I'm not going to be the first to blog about wisteria or indeed the last, but it just looks so fine growing against stone Perigourdine properties such as these. 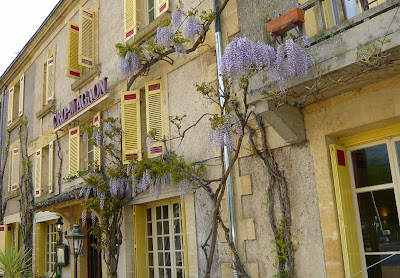 This is the Hotel Cro-Magnon in Les Eyzies. It has a simply stunning facade, not only that, it is built into the rocks behind. I'm serious, some of the rooms are like caves. This is 21st century troglodyte living at its best. 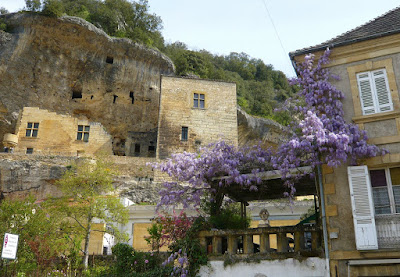 This is the covered entrance to the tobacconist in Les Eyzies. Apart from being able to buy everything you need to smoke yourself to death, Le Tabac is where you go to pay parking fines and buy stamps. Interestingly enough, sometimes the local post office sells stamps. 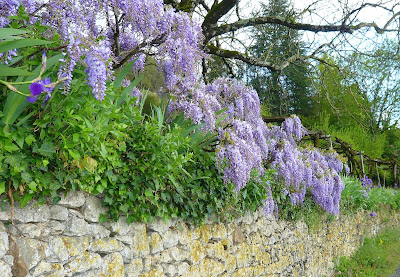 Wisteria atop a drystone wall. 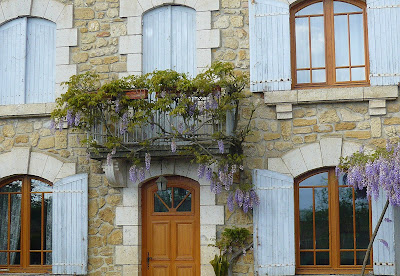 A house in a little village called St Cyprien which is only a few miles from me. I 'snatched' this pic as the owner was looking a little perplexed as he stared at me and frankly I felt a bit rude. Did he think I was casing the joint? 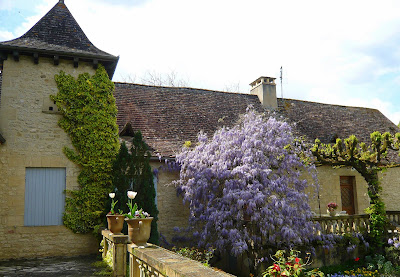 A little house on the lane that leads to Beynac, one of the most beautiful villages in France. 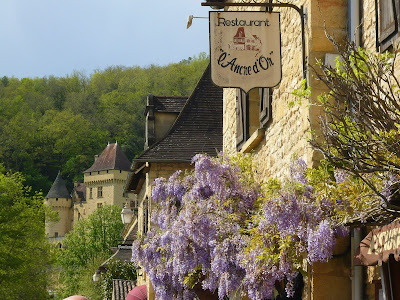 Finally, this was outside one of the many little bistros in another of the most beautiful villages in France, La Roque Gageac.